Shackling Pregnant Women Is Dangerous and Often Illegal, Yet Still Happens to Women Behind Bars 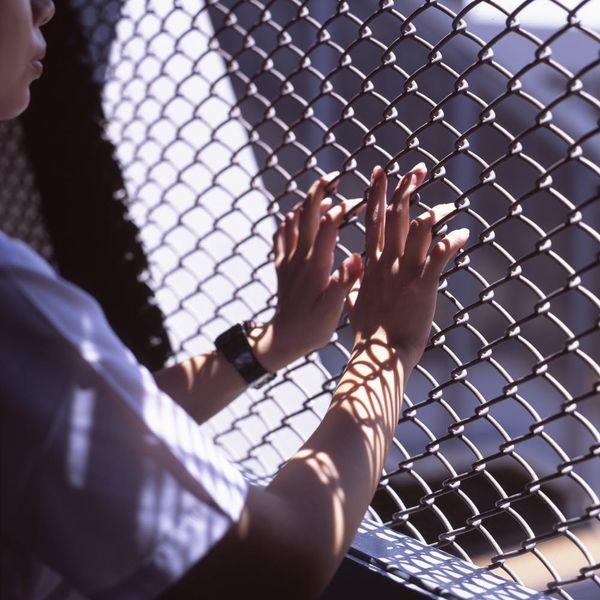 Incarceration is no picnic for anyone, but women incarcerated in America’s prisons and jails face unique challenges. From not being paid enough to afford menstrual supplies from prison commissaries to being placed in solitary confinement for being trans, incarcerated women contend with significant abuse on top of the pains of detention. And a new article illuminates that, despite legal protections against the practice, some incarcerated women still face shackling during pregnancy or delivery — at tremendous risk of bodily harm.

Legally, in the context of pregnancy, “shackling” includes the use of handcuffs around the wrists, shackles around the waist, locking a patient to a hospital bed or gurney, and placing chains around the abdomen.

According to the New York Times, a woman is suing the New York Police Department over claims that police officers shackled her to a hospital bed while she was in labor. The woman, who has filed the lawsuit anonymously, was 40 weeks pregnant last February when she was held in a Bronx police cell and went into labor. After arriving to the hospital and in the face of the protestations of doctors, officers allegedly handcuffed her wrists and shackled her ankles, trapping her on the bed.

Nicholas Paolucci, a spokesman for the NYPD Law Department, told the Times that the agency was “examining these allegations very carefully.”

The practice of shackling women in labor is discouraged or prohibited in 25 states and has been utterly condemned by mainstream medical professionals.

The American Medical Association adopted a resolution in 2010 that supports a ban on shackling pregnant women in labor, with an AMA representative calling the practice “dehumanizing” and not in keeping with the values of the medical profession. Also in 2010, the National Commission on Correctional Healthcare released a position statement on the shackling of pregnant incarcerated women, writing that “restraint is potentially harmful to the expectant mother and fetus, especially in the third trimester as well as during labor and delivery,” and that “restraint of pregnant inmates during labor and delivery should not be used.”

In addition to being a severe risk to the health, or even life, of the mother and the fetus, being shackled while pregnant and in labor is also psychologically traumatizing, as the woman who is suing the NYPD noted in her suit. The American Psychological Association advocates against the use of shackling for pregnant incarcerated people, noting in 2016 that “these risks are being taken with a population that has a higher-than-average rate of mental health problems, including post-traumatic stress disorder, depression, and substance abuse.”

According to lawyers with the American Civil Liberties Union, the practice is entirely unnecessary and inhumane. “Shackling is almost never necessary. There’s been no documented case where a woman has been in labor and hopped off the bed and fled the hospital,” Amy Fettig, deputy director of the ACLU’s National Prison Project, tells Brit + Co. “Women can’t give birth like this.”

Fettig tells us that there’s currently no way to know exactly how often pregnant women are shackled, even in cases when it is against state laws, as it is in New York. Law enforcement officers have no incentive to call themselves out for breaking the law and endangering lives. Victims also are reluctant to report the violation.

“Women who this has happened to are afraid to come forward,” Fettig explains. “They often feel ashamed and don’t want their child to know that they were born this way.”

Available data suggests the practice may be very common. A September 2014 report from the Correctional Association of New York, a non-profit criminal justice reform organization, found that 23 of 27 women surveyed, who had been incarcerated while pregnant, reported being cuffed or shackled during their pregnancy, labor, or immediately after giving birth, as reported by the New York Times that year.

Additionally, three women who had been detained by ICE told BuzzFeed News in August that they had been shackled around their stomachs while pregnant, in addition to a litany of other alarming complaints about inadequate pregnancy care.

The ACLU is still working to end the practice altogether. Fettig tells us that along with a push to pass state legislation where it doesn’t exist, the ACLU also advocates for federal legislation, which has been introduced a number of times but never passed. She also says that education is important for both incarcerated people and doctors who work with them. Doctors may be afraid to advocate for their patients’ rights when confronted with law enforcement officers who seek to enact harmful behavior, and incarcerated people may not even be aware that it is illegal for them to be shackled. Informing doctors and patients of their rights can at least put knowledge in the hands of those who are confronted with this dehumanizing and potentially life-threatening scenario.

Fettig also emphasizes the importance of educating the general public about this practice, since many are unaware it still goes on and are typically horrified to learn of its existence.

“[A vast majority of prisons] are tax-payer funded institutions,” Fettig says, adding, “This is our government doing things that none of us would condone. Who would stand for their sister being shackled while she’s giving birth?”

Ultimately, there is no justification for the shackling of pregnant incarcerated women, Fettig says. “It is reflective of how women are treated in the criminal justice system in general… It’s about misogyny and control and degradation.”

Elizabeth King
Elizabeth King is a politics, history, and culture writer based in the Twin Cities. She is generally pretty cranky but still enjoys traveling, music from the early 2000's, and plotting the resistance. Feel free to say hi on Twitter at @ekingc or check out some of her work at www.elizabethcking.com.
Controversy
Current Events
Controversy Womens Health