What Kind of Movie Is ‘A Simple Favor’? Allow Anna Kendrick and Paul Feig to Explain 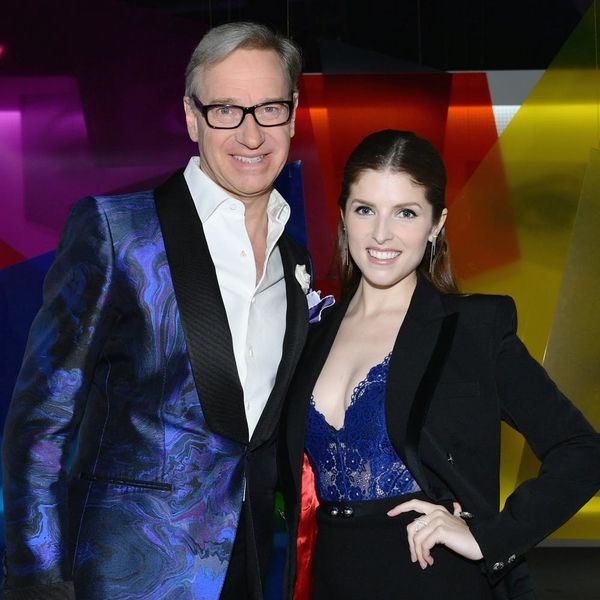 After months of cryptic teasers and social-media stunts, Paul Feig’s neo-noir thriller A Simple Favor, starring Anna Kendrick and Blake Lively, is finally opening in theaters this week — which means everyone will soon know the answer to the question, “What happened to Emily?”

Based on the novel of the same name by Darcey Bell, A Simple Favor follows Stephanie (Kendrick) as she attempts to unravel the mystery of her best friend Emily’s disappearance. We won’t spoil the ending for you, but suffice it to say that nothing about the movie or the titular favor is simple.

“I aged 10 years,” Kendrick joked to Brit + Co of working on the film. “You read it the first time, and you’re like, ‘Got it. Got all the twists.’ And then as you start to dissect it, you start to second-guess everything.”

Ahead, Kendrick and Feig share their memories of making the movie — including their initial reactions to the script, their thoughts on Henry Golding (who plays Emily’s husband, Sean), and why Emily and Stephanie’s friendship is so important to the central mystery.

Brit + Co: Paul, this is a very different type of movie for you. Even the trailer sells it as something “from the darker side of Paul Feig.” Why did you want to tell this story?

Paul Feig: I’ve been dying to do a Hitchcockian thriller. And I don’t know how to write those, so I was always like, “I hope I find a script one day like that.” And here it is! I love any story where you think you know what somebody is and you don’t — where people’s surfaces tell you one thing and then you find there’s so much more depth. Because I think that’s like life.

B+C: You mentioned it’s a thriller, but it definitely plays with the genre a little. How was it pitched to you, Anna?

Anna Kendrick: It kinda wasn’t pitched to me. I don’t know if it would have been better or worse to have had context. I just read it at face value and took it as a thriller. And the entire time, I was like, “I think this scene is kinda funny. Do they know that it’s funny?” But that meant that I got to discover it myself. And I think that people will discover it in the theater, especially because we’re really pushing the mystery aspect and the dramatic aspect. Hopefully it’s a little like Kiss Kiss Bang Bang or Fargo, where you’re like, “Wait, this is funny. Why is this funny?”

B+C: How do you strike that balance when you’re filming? How do you find the right tone?

AK: You ask Paul Feig three questions every 10 seconds. You drive him absolutely crazy. You get inside Paul’s mind. Blake and I were like, “You just tell me, man.” Because boy, oh boy, there were days when we were like, “Is this part funny? Is this part real?” And the truth is, it was always kind of both.

PF: Everybody just has to play it dead-serious. If I cast it with a bunch of comedians, it would fall apart.

AK: It would be a spoof. The stakes aren’t real.

B+C: Paul, did you have Blake and Anna in mind for these roles when you read the script?

AK: Of course he did!

PF: The Stephanie character is so specific. I thought, “Who can pull this off? Who’s a great actress who can be funny and find the three-dimensionality in it?” And Anna rose to mind very quickly.

AK: I was absolutely thrilled, but I did have the strange experience of more than one person on set saying that when they read the script, they thought of me, and then they found out that I was doing it, and they were like, “Oh, perfect!” And my reaction to that was, “F*cking excuse me?” Because I have worked very hard to cultivate a cynical, jaded, and cruel, frankly, reputation, so I don’t know who’s been talking smack that I’m sunny, positive, and optimistic. It’s ruining me.

PF: Your campaign to be cruel has backfired terribly.

B+C: Are there parts of Stephanie you relate to, though?

AK: It took me a minute to understand how somebody could be so relentlessly positive in the face of people kind of openly excluding her and making fun of her. But I do relate to the idea of feeling guilt or shame about something and walking around for the next couple of weeks being extra nice and kind, because you think, “If I’m just a good person, and I’m just really nice to everybody and I smile all the time, that thing will somehow not have happened. I will have not done this thing that I’m ashamed of.” I just had to magnify that by a thousand, because the proverbial sins of her past loom so large in her mind. She works so hard to be the perfect mom and the perfect friend and the perfect member of the community, because that way she can feel like everything’s going to be fine.

B+C: We have to talk about Henry Golding. He’s blowing up now, obviously, but he was kind of unknown prior to this and Crazy Rich Asians. How did you know he was right for the part of Emily’s husband, Sean?

PF: I knew I wanted to have a very inclusive cast, and my wife’s a huge fan of the Crazy Rich Asians books, so she told me, “They just made a movie of that — you should look in that cast!” Lionsgate had actually sent Henry’s name on a list, so I went online and looked at his sizzle reel from his travel show, and I was like, “Oh my god, this is the most charismatic guy I’ve ever seen. He’s beautiful, he’s funny…” So I called Jon Chu and said, “Is he for real?” And Jon’s like, “Oh, he’s the greatest. You’re gonna love him.” I just remember saying, “This guy’s going to be big.”

AK: I feel like we got in while he would still say yes to our movie. I mean, it’s a great role, but you know what I mean. He’s just going to be such a freaking Brad Pitt megastar that he’s not going to remember my name.

PF: In some ways, it is a more thankless role, because he’s at the service of these two characters, getting pushed around in the middle. I could see a big star going, “Oh, I’m not going to do that.”

AK: A disappointing number of men are not interested in playing the second lead to a female character, when I think some of the most brilliant people in the industry — who happen to be women — do it all the time and make the most of it.

B+C: Anna, you starred in the Pitch Perfect films, which are all about women. And Paul, you’re known for putting women — and relationships between women — front and center in your movies, too. What do you think this film says, if anything, about female friendship?

AK: I think there’s a nice thing about opposites attracting. I have a couple of friends where, every now and then when I have an out-of-body moment, I think, “How did we become friends?” They’re just so different from me. But there’s something really nice about having a confidant and a close friend who just has such a different world view and such a different life experience. I feel like they give the best advice.

PF: When we did Bridesmaids, we were very concerned with making sure we didn’t portray women catfighting. What I like is mutual respect, even among enemies. And what I love about this is that it’s a cat-and-mouse between two people who really respect each other, even though they are at odds. The chemistry between you and Blake was so important. Originally it was written where she was just super mean to you. And you guys didn’t want that and I was glad, because you’re so happy for their friendship right in the second scene of the movie.

AK: One of my favorite moments in the whole movie, because it’s so relatable, is when Blake calls me her best friend. And even though the situation we’re in couldn’t be less appropriate, I’m like, “Wait, can we just pause? Am I really your best friend? Because I felt like maybe you’re my best friend, but I’m not your best friend.” We’ve all had that situation.

A Simple Favor is in theaters on Friday, September 14.