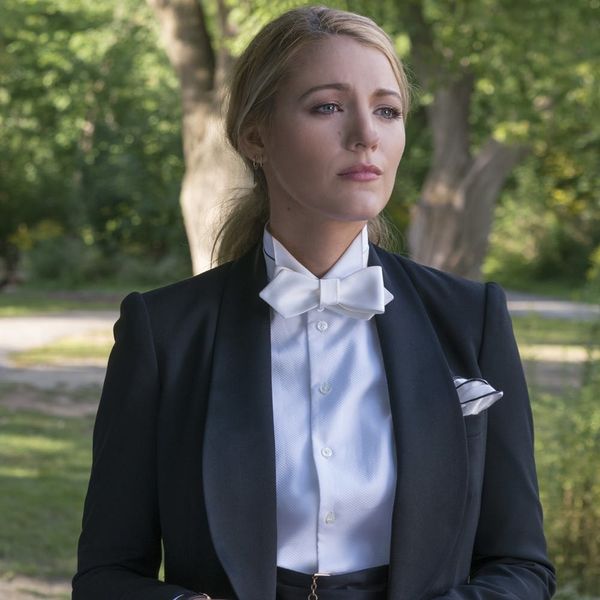 Blake Lively has been creating intrigue around her new film, A Simple Favor, for months, even wiping her Instagram account clean and leaving a cryptic message before returning to share the first teaser. Now we’re getting a deeper look at the mystery in the movie, which finds Anna Kendrick in over her head.

Directed by Paul Feig (Ghostbusters), A Simple Favor stars Lively and Kendrick as two mothers who come together thanks to their sons. After a playdate for the kids sparks a friendship between them, Stephanie (Kendrick) and Emily (Lively) become entangled in ways they couldn’t predict. While Stephanie is a mommy vlogger and online influencer, Emily lives a glamorous, sophisticated life.

The women begin to spend time together, and although Emily claims to want to hear Stephanie’s secrets, she won’t share any of her own and even demands that Stephanie delete a picture of her.

Even Emily’s husband warns Stephanie that no one can really get close to his wife, whom he calls a “beautiful ghost.” That may be prophetic, as Emily soon goes missing after calling Stephanie to ask for a simple favor.

The stars of the film spoke to Hollywood.com at CinemaCon in April, and Kendrick teased some surprises. “I love movies like this, like In Rouge or Kiss Kiss Bang Bang, where it’s definitely serious, the stakes are very real, it’s not a spoof, but it’s still funny,” she said. “You know, it’s like a comedy and a thriller, it’s definitely both. But it’s not like it’s making fun of thrillers. It’s just awesome when it’s not really jokey, but you still have a big smile on your face the entire time even though you’re kind of gripping your seat because you don’t know what’s going to happen.”

Feig added that this is the Hitchcock-like story he’s been waiting to tell, saying that this movie “provides lots of great twists and turns, but also two very fun, compelling characters.”

Are you intrigued by A Simple Favor? Let us know @BritandCo!