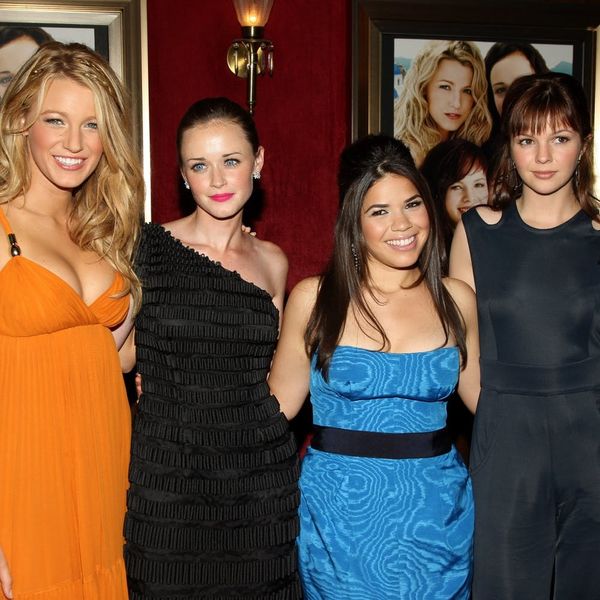 While we continue to wait on news of the long-rumored third Sisterhood of the Traveling Pants movie, we can look forward to a different sort of follow-up in the meantime: A live stage musical adaptation of the 2005 classic is in the works.

While the details are so far slim, Variety reports that Blue Spruce Productions has acquired the live theatrical rights from Alcon Entertainment and Alloy Entertainment, which produced the original film and its 2008 sequel. Both companies will also be involved in the stage show.

Blue Spruce is the company behind the recent Broadway smash Dear Evan Hansen, as well as the adaptation of another mid-aughts coming-of-age teen girl classic, Mean Girls.

The cast of the Sisterhood films — Amber Tamblyn, America Ferrera, Blake Lively, and Alexis Bledel — have dropped hints about a third installment for years, and as recently as April 2018, Bledel said that it “would be the best thing.”

“We just pitched a third movie,” the Handmaid’s Tale actress told Jimmy Fallon at the time. “I hope it comes together. It would be so great. I would love it.”

The four girls have remained off-screen BFFs since filming the original Sisterhood movie more than a decade ago. They get together whenever possible, even scheduling playdates for their young children and making sure to stay in touch through a group text.

“It’s a very special bond that we have,” Tamblyn recently told Us Weekly. “We’re very proud to be friends and if we could do movies together for the rest of our lives, I think we would.”

No casting decisions or release dates have been announced for the Sisterhood stage show.

Are you excited that Sisterhood of the Traveling Pants is being turned into a musical? Let us know @BritandCo!