Science Says Instagram Can Have This Surprisingly Good Effect on Teens 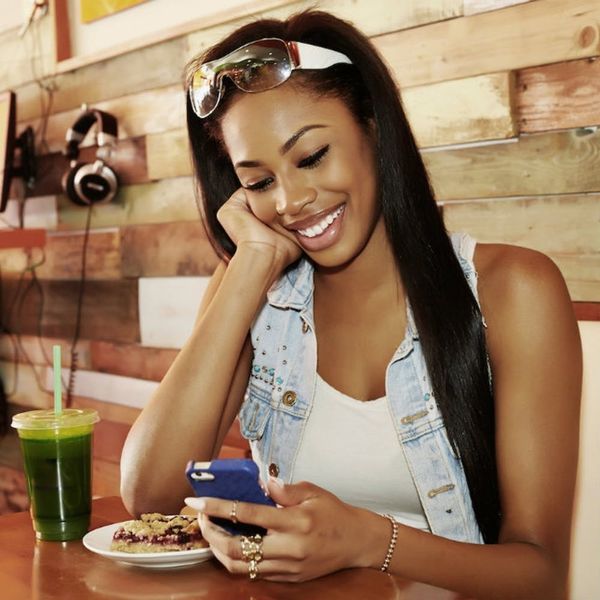 While we love Instagram for some good body-positive fitness follows, occasional bursts of zen, and ALL the puppy pics, getting too caught up with the ‘gram does come with its fair share of negative effects. Last year, researchers discovered that social media can be linked to a higher risk of developing eating disorders. But before you delete the app, there might be some good news for all you double tapping fiends, along with something you need to watch out for.

According to new research conducted at Belgium’s University of Leuven, Instagram can actually strengthen friendships between adolescents. Lead researcher Eline Frison surveyed young people about their regular use of social media, including Facebook, Snapchat, and Instagram, and then they followed up with questions about their feelings. She discovered that users who checked Instagram frequently reported an increased feeling of closeness to their friends (i.e., they felt loved and appreciated by their friends), which is tied to lower levels of depression.

So it would seem that teens + Instagram = happy BFFs for life, right? But the study’s results weren’t all so positive and are seemingly contradictory. Young people who used Instagram frequently were also more likely to report depressive feelings. Hmm. Frison thinks that her two contrasting findings may mean that Instagram can hurt teens’ mental health if they aren’t becoming closer with their friends through the app.

While Frison’s research can’t confirm her hypothesis, it does open up a new area of study looking into how teens use social media, both the accounts they follow and how often they interact with these accounts. Frison will present her research at the Annual Conference of the International Communication Association in May. But if you’re a concerned parent looking for answers now, we’ve got five essential tips for starting young kids out on social media.

What’s your favorite way to stay in touch with your friends? Tell us @BritandCo!