This Surprising Food Can Boost Your Metabolism 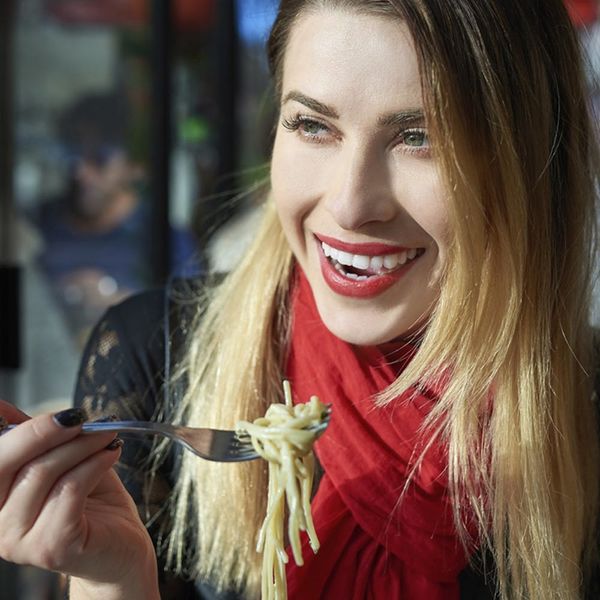 The most popular way to lose weight is through changing your diet and exercise habits. In fact, eating healthy, well-balanced meals — no fad diets! — and working out can kickstart your metabolism and help you burn more calories. Your basal metabolic rate is how many calories your body burns per day just by living, so people with high BMRs tend to lose weight and keep it off easier. For most people, consuming any food or drink that will actually boost that rate is a no-brainer. While there are some foods we already know do a great job at speeding up our metabolism, there’s always new research being done. Now for the good news! The team behind a recent study in The American Journal of Clinical Nutrition just added another food group to that list, and it might be one that surprises you: whole grains.

Why is this so surprising? Well, grains, in general, get a bad rap since they’re carbohydrates, and lots of people think the key to weight loss is cutting carbs. What makes this study so interesting is that it says that by eating the right carbs, you can help your body lose weight (if that’s what you’re aiming for!) by making it perform more efficiently, as opposed to cutting out extra calories. The toughest element of weight loss for most people is, understandably, calorie restriction, so being able to eat more — even if it’s just slightly more — is a big deal.

Scientists have known for awhile that a diet rich in whole grains — basically anything unrefined, like whole wheat, oatmeal, quinoa, and brown rice — is associated with lower body weight and lower risk of chronic diseases. In this study, the researchers were trying to figure out exactly why that is. They divided their test subjects into two groups: one who ate only refined grains, like white bread and pasta, and another who ate only whole grains. Aside from the different types of grains, the food they ate over an eight-week period was identical. What they discovered at the end of the trial was that the whole grain group lost an extra 100 calories per day. Woohoo!

After doing a bunch of testing on the participants, the researchers concluded that this extra calorie loss happened through a combination of a higher resting metabolic rate, which increased over the course of the study, and greater fecal losses, which essentially means that the whole grain group pooped more. That’s probably because whole grains are high in fiber, which is a key component in facilitating digestion and weight loss. The real news here, however, is that the difference in calorie loss was not just due to the pooping, but also because their bodies were burning more calories. Pretty neat, right?

So here’s the takeaway from all this sciencey stuff: If you’re considering cutting out all carbs in an effort to drop some pounds or for any other non-medical reason, know that eating certain types of grains is actually super healthy for you! While some might argue that eating zero grains is the best solution, there are definitely still health benefits to incorporating whole ones into your diet. So go ahead and eat that whole wheat pasta, girl.

Do you incorporate whole grains into your diet? Share your favorite recipe with us @BritandCo!