How to Wear 2016’s Trendiest Haircut for Every Face Shape 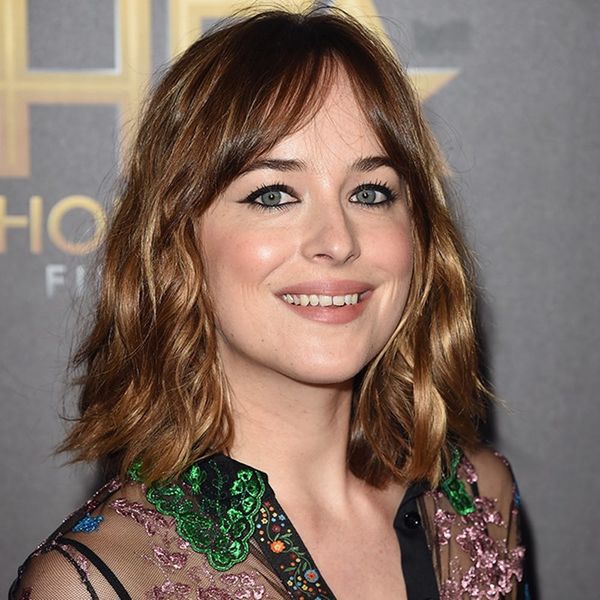 There’s something about the start of a new year that makes us want to hit the refresh button on everything, including our hair. If you’re anything like us, chances are you’re itching for a new and trendy style to represent the fresh 2016 version of you. While 2015 might have officially belonged to the lob, the new year brings with it a new go-to style that could be your new fave ‘do. It’s called the swag hairstyle.

So what exactly is the swag, you ask? This chic style is a modern cut with plenty of movement, which is the ideal next step to take after growing out your 2015 lob. The cut pays tribute to the big hair of the ’80s while adding a bit of softness with the addition of breezy layers and fun peek-a-boo bangs. Nicole Brown, the Creative Director of San Francisco-based Tailored Salon, told us more about the swag and why it’s a great option post-lob for every face shape. Take it from the pro, people! Here are the best swag haircuts to try in 2016.

An oblong face shape is typically narrow and also longer than it is wide. For this shape, Nicole recommends a shorter to medium-length swag. “A great look to start the year off would be to grow out your summer lob with long layers and a deep parting,” she says. We personally love the layers and side swept bangs that Dakota Johnson is rocking here, showcasing a grown-out version of her dramatic summer bob. As evidenced above, adding some waves really brings out the movement of the cut for extra chic results. (Photo via Jason Merritt/Getty)

Diamond face shapes typically feature a narrower forehead and jawline, with wider, more pronounced cheek bones. For this shape, Nicole recommends going with a short swag for a truly dramatic change. “Audrey Tatou wears her natural texture with lots of layers, grown out from a crop,” Nicole says. This variation of the coveted pixie cut brings out the natural angles of this face shape, with side swept bangs for some added texture and movement. (Photo via Pascal Le Segretain/Getty)

A heart-shaped face features a narrower jaw, with some seriously gorgeous cheekbones. “Everyone is envious of your cheek bones, so don’t hide them, embrace them,” Nicole says. She recommends playing up that feature with lots of texture and body in your swag, naming Jennifer Lawrence’s current style as one to take inspiration from. For a little added va-va-voom, add in a volumizing product (or two). (Photo via Mark Sagliocco/Getty)

The Best Swag Haircut for Round Face Shapes

A round face shape is typically considered to be circular, with a fairly even width and length. For this shape, Nicole recommends pairing your new swag with a deep side part for added drama. “If your hair is curly or straight, short or long, adding short layers and a deep side parting will give you the New Year flair you’re looking for,” she explained. Nicole name dropped Miranda Kerr in particular as a prime hair muse for this proposed ‘do. Pair the dramatic style with some killer curls to create a seriously show-stopping look. (Photo via Pascal Le Segretain/Getty)

Ladies with square-shaped faces will adore the soft layers and angles of this fab cut. Nicole named Adele’s newly debuted look in particular as a great example to replicate. “Adele’s A-line hair shape is shorter in the back and longer in the front,” Nicole says, adding that curls can soften the look even more. If you’re keen on the idea but looking to keep some length, she recommends taking a cue from Keira Knightley. “Keira Knightley’s middle parting, long hair and big curls can look great tucked in your scarf or jacket for the winter months.” (Photo via @rosekimmie1)

An oval face shape can rock just about any haircut with ease, but mid- to longer-length ‘dos in particular are super flattering. “Leave the length from your summer chop and add lots of layers, giving plenty of movement and texture,” says Nicole. As seen above, Jessica Alba is sporting a prime example of this stylish cut, with plenty of layers and wave for added bounce. If you’re looking for a bigger change, however, Nicole recommends a “heavy textured fringe” to go along with your new ‘do. (Photo via Cindy Ord/Getty)

Are you planning on a major hair change for 2016? Follow us on Pinterest for more hairstyle, cut and color inspiration.

Morgan Hart
Morgan is a photographer, skincare addict and blogger over at Blushing Wit. She has a deep love for writing, sunshine and Chris Pratt.
Hair