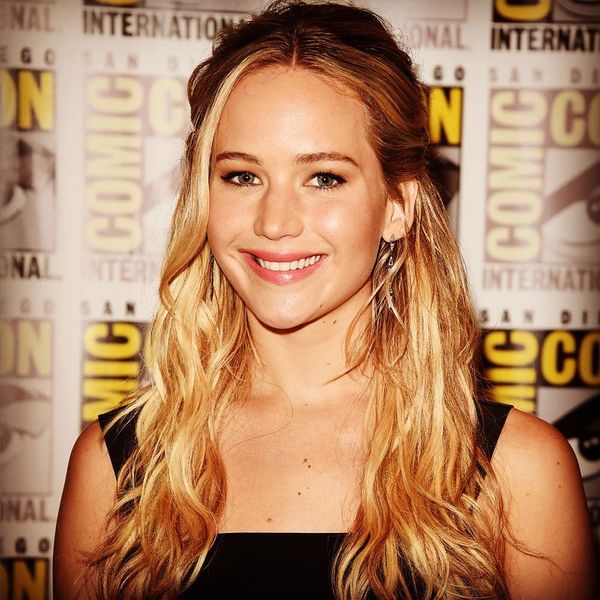 With her days as Katniss now officially behind her, it looks as though Jennifer Lawrence decided to mark the milestone in a way we’ve all done before: with a major new haircut. While at a hand and footprint ceremony for the newest Hunger Games movie this past weekend, she showed up rocking a chic angled bob. And as if that wasn’t exciting enough, it’s also platinum blonde! Excuse us while we make an appointment with our stylist.

The change is drastically different from the long layered style she was rocking, but we can’t say we’re totally surprised by the dramatic jump in style. Anyone else remember a few years back when she up and opted for a pixie cut out of the blue? According to Refinery29, Lawrence’s switch up is rumored to be linked to her role in Passengers, a sci-fi film she’s shooting alongside Chris Pratt (you know, that one she negotiated her paycheck like a boss for).

The style is super similar to the angled cut Naomi Watts debuted last week and kind of a dream, low-maintenance cut for the unpredictable weather that comes with the upcoming season. Could this be the cut that rules winter? So far all signs point to yes.

Has J. Law’s new transformation convinced you to finally go for the angled bob? Share your thoughts with us in the comments below.

Cortney Clift
Cortney is the senior writer and special projects editor at Brit + Co. She typically covers topics related to women's issues, politics, and lifestyle. When she's not buried behind her computer you'll find her exploring New York City or planning her next big adventure.
Celebrity Hair
Beauty
Celebrity Hair
More From Beauty

The Best Memorial Day Sales To Shop This Week

9 Wedding Trends That Will Be Everywhere This Summer