Adele Debuted a Gorg New Haircut Along With This Major News 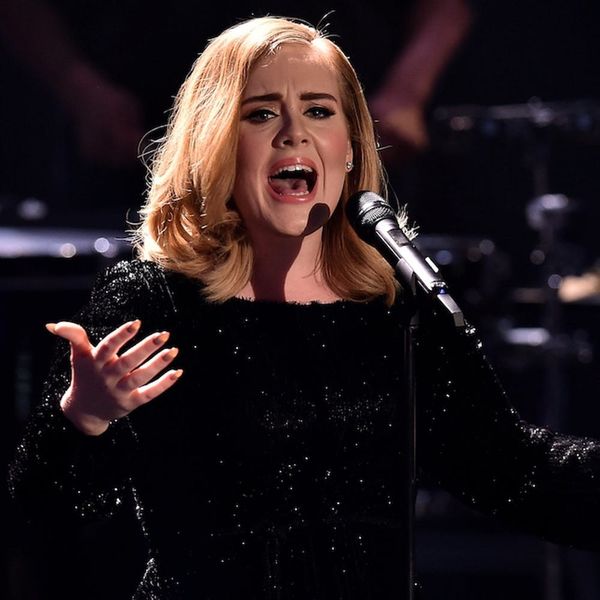 It’s only Monday, and yet Adele is already making all kinds of headlines — and unlike her Spotify/Apple Music shocker, this time the news is all good. The British singer announced just today that she is embarking on a massive 56-show, 23-city tour in North America (look out, Taylor Swift!). Not only is this major because it’s her first tour in five years, but her last tour for her sophomore album 21 was cut short due to health problems. And that’s not all the news Adele is making this morning. She also debuted a gorgeous new ‘do. The 25 songstress appeared on the season finale of the UK talent-search show The X Factor last night singing her hit “Hello” and sporting a hot new look that’s going to have you itching to dial your hairstylist.

Yes, the diva has gotten a bob. The face-framing new haircut is several inches shorter than the shoulder-length waves she was sporting before. The old look was more retro glam, and this new one is definitely 2015 cool. While it’s a graduated bob (that is, shorter in the back and longer in the front, like a few other celebrity hairstyles of the year), what’s great about Adele’s take on the bob is that it’s pretty easygoing, yet still chic. It’s a piece-y, kind of shaggy look without aggressive styling — and if a few pieces flip the other direction, it’s all good. Plus, the style perfectly complements her signature cat eye.

Can we just say, Queen Adele, your hair and makeup are on fleek!

Check out the video from her X Factor performance below.

What do you think about Adele’s bob, and will you be seeing her in concert? Tweet us @BritandCo!

Kimberly Wang
Kimberly Wang writes about all things pop culture, tech, style, and beauty. She's a Bay Area transplant and has an MFA in Creative Writing from Columbia University. On a sunny New York day, you can find her hanging out with her mini schnauzer Isabelle Jellybean on a blanket in Central Park.
Celebrity Hair
Beauty News
Celebrity Hair Music