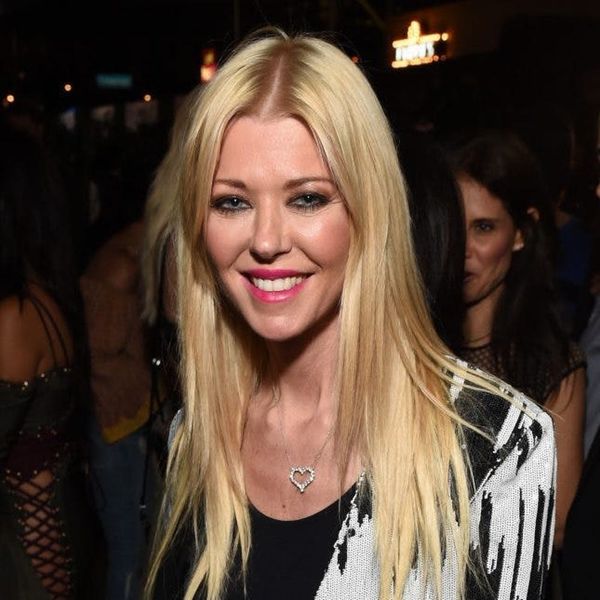 While Tara Reid is no stranger to changing up her appearance, one thing she’s hardly ever messed with is her long flaxen hair. The American Pie actress’ latest hair change-up, however, had us doing a *major* double take.

Reid showed up to the Valerian and the City of a Thousand Planets premiere in Hollywood looking like a whole new woman. Her look was so different, in fact, that we thought it might be a wig.

Here’s a photo in case you needed a reminder of what the actress looked like before she went for the chop. Gone are her familiar, dirty blonde, mid-parted locks, replaced instead by a much blonder, much blunter coif, complete with straight-edge bangs like we’ve never seen on the 41-year-old.

The actress actually debuted the look on her own Instagram page a few days earlier for a photoshoot for A Book Of magazine, showing off some behind-the-scenes primping and serious style.

The Valerian premiere marked Reid’s first red carpet hair outing, stealing a smidge of attention from its stars such as Cara Delevingne and, of course, Rihanna, in her buzz-worthy custom Giambattista Valli ballet-esque frock.

Welcome to the fringe club, Tara!

Are you into Tara’s new look? Tell us over @BritandCo.

Nicole Briese
Nicole is the weekend editor for Brit + Co who loves bringing you all the latest buzz. When she's not busy typing away into the wee hours, you can usually find her canoodling with her fur babies, rooting around in a bookstore, or rocking out at a concert of some sort (Guns N' Roses forever!). Check out all her latest musings and past work at nicolebjean.com.
Bangs
Hair
Bangs Celebrity Hair Hair Color Haircuts
More From Hair