WTF: Taylor Swift Is the Latest Celeb With a Surprising Dye Job 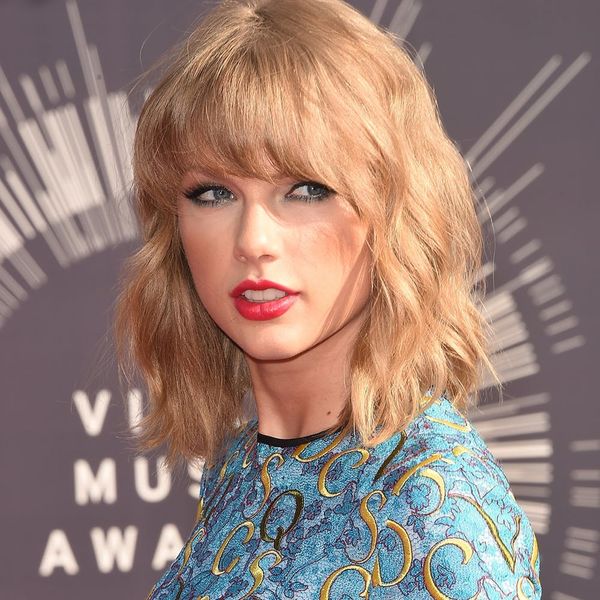 Swifties, prepare yourselves. (Yes, Bros, we’re lookin’ at you too.) It’s looking like your favorite blonde may not actually be so blonde anymore. Following in Hilary Duff’s footsteps, the pop star just debuted a totally new, super blue look this morning. Unlike Duff’s fully saturated locks, T. Swift opted for more of a Kendall Jenner kind of look, dying only the tips.

Okay, okay. So maybe this a little (or a lot) Photoshopped and maybe it’s just an April Fools’ prank, but we can dream right? If you’re now shedding a tear that this news isn’t actually true, you can go ahead and blame Ryan Seacrest’s site. They reported “the singer-songwriter took to her Tumblr page on Wednesday morning to debut the “mermaid blue” highlights she added to the tips of her shoulder-length blonde hair. Taylor uploaded the photo with the caption, “I was going for midnight blue, but Olivia and Meredith [Swift’s cats] had a different idea. YOU TWO HAD ONE JOB.”

Unfortunately, T. Swift has yet to personally play any April Fools’ pranks on her fans – although the day is still young. She did tell her Twitter followers, “For the next 24 hours, TRUST NO ONE.” Swift if you’re listening, we vote you go ahead and cause totally chaos by announcing all your music is back on Spotify. If winning April Fools’ is possible, that just might do it.

What’s the funniest April Fools’ prank you have seen so far today? Share with us in the comments below.