You Can Now Buy Breakup Insurance for Taylor Swift’s Relationship 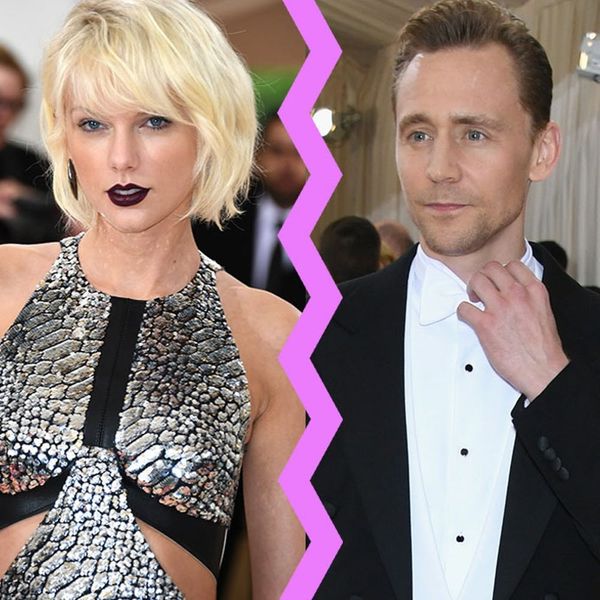 By now it seems safe to say that Taylor Swift is a gal who loves love. And to be honest, we don’t blame her. Some of her various A-list relationships have resulted in Grammy award winning songs. If you haven’t heard about the developing drama currently going down in T. Swift’s love life, here’s the Spark Notes version: She was dating Scottish DJ Calvin Harris for a little over a year. They seemed super in love but then mysteriously broke up. It seemed amicable but then Taylor was photographed making out with British actor Tom Hiddleston just two weeks after her breakup with Calvin. Scandal? Tom and Taylor are very much public with their relationship, meeting each other’s parents and going to concerts together, but considering all the circumstances and Taylor’s dating record we have to wonder, will this one last? If you’re worried this one will crash and burn, we have good news. You can get insurance on Taylor’s relationship.

Even though Tom and Tay have not *officially* confirmed their relationship, Chinese e-commerce giant Taobao has made it possible to take out insurance on their relationship. Essentially, the insurance works like a bet. If the pop singer breaks up with her new man within a year, the buyer’s investment will double and be deposited directly into your bank account. Each bet costs 1 yuan (15 cents). Considering Taylor’s track record, this seems like an okay investment. But the karma you’ll get for getting rich off of someone else’s heartbreak probably won’t be great.

How much relationship insurance would you take out on Taylor + Tom’s romance? Share with us on Twitter @britandco.