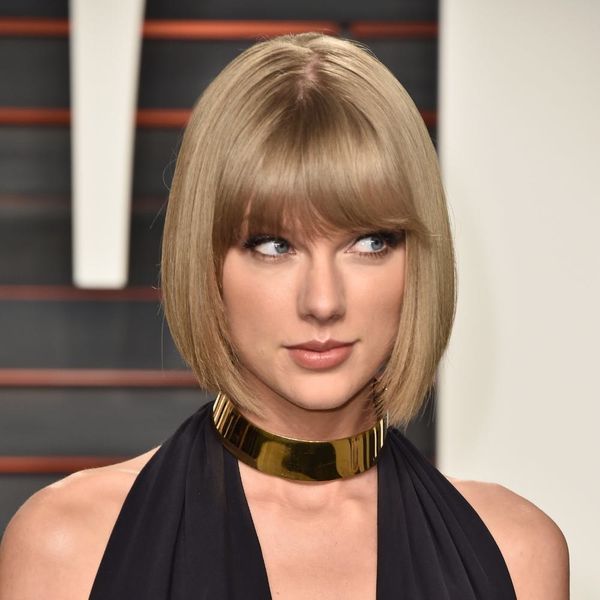 While we thought Taylor Swift and her new bae, Tom Hiddleston, were down in Nashville to enjoy the Selena Gomez concert and take advantage of the restaurant scene for plenty of adorable dates, it turns out there might have been an even more significant reason for the trip. Though we’re warned to never make big decisions during NRE (new relationship energy), Tay may have made the HUGE step of introducing Tom to her parents (sorry, Calvin!).

Still enjoying their Tennessee trip, Tay and Tom were spotted out for dinner with friends while holding hands nearly the entire time. But earlier in the day, Taylor had also been seen visiting the Country Music Hall of Fame with two other very important people in her life: her parents, Scott and Andrea.

Although there’s no news about an introduction, it seems unlikely that Tay’s parents and new boyfriend would be in the same city at the same time and not meet each other. Really, wouldn’t your parents insist on meeting your new special someone if they knew the person was in the vicinity? You know they would!

A definite sign of this being more than just a rebound fling, it looks like Taylor may have really found “the one.”

How long did you wait to introduce your bae to your family? Tweet us @BritandCo!