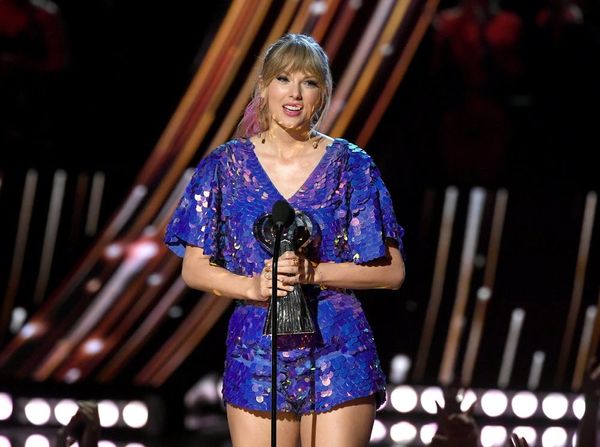 Calling all Swifties! Taylor Swift may be releasing new music in less than two weeks after having kicked off a mysterious countdown on her website on Saturday, April 13.

Other than her empowering 2019 iHeartRadio Music Awards acceptance speech, which was all about proving the haters wrong, and her recent major donation to a Tennessee LGBTQ+ organization, Tay has been keeping a pretty low profile of late… until now.

As soon as the clock struck midnight, all of the 29-year-old’s social media platforms, including Instagram, swapped out their profile photos for a pink and blue watercolor sky. Her bios were changed, too, to include the date “4.26.” Meanwhile, Swift’s Story showed a snap of the countdown clock, which has taken over her website, ticking down the seconds to the 26th, which is 13 days from the start of the stunt. Although the announcement is being kept top secret, many have speculated that it has to do with Swift’s next album.

As People noted, fans in Japan and Australia have also spotted billboards in Tokyo and Melbourne with a similar color palette and aesthetic, promoting a unique website, “AprilTwentySix.com,” which redirects to the singer’s main site.

Back in February, Swift posted a pretty yet cryptic image of palm trees under a star-filled sky, which she captioned with seven palm tree emojis, immediately sparking speculation that her seventh album was in the works. She has kept tight-lipped about it, though, telling fans at the iHeartRadio Music Awards in March, “I love your passion, I love your attention to detail, I love how much you care. I love seeing all the things you’re posting online. I just wanted to let you know that when there is new music, you will be the first to know.”

RELATED: How Taylor Swift Did Her Label Mates a Major Favor By Simply Signing a New Contract