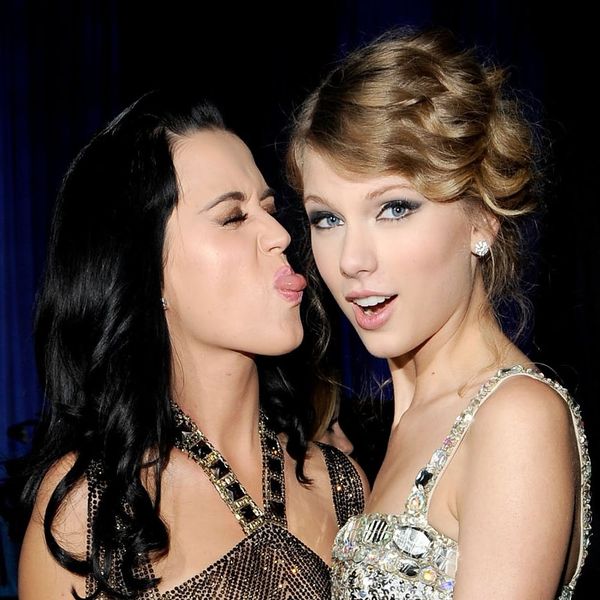 While Taylor Swift is currently embroiled in one of the biggest celeb dramas of the year (one that has officially gone WAY too far), Katy Perry has been relatively quiet. Save for a single tweet that told folks to “Rise” above it all (aptly the name of her latest single), Katy has kept out of the fray. But now, it turns out that the tweet might have had an extra dig in it, as it appears that Taylor and Katy may have gone head-to-head in a battle that none of us knew about… and Katy won! We’re talking about the coveted selection of NBC’s Olympic theme song, because apparently the games are getting started early this year (at least, where celebs are concerned).

With singles from both Taylor and Katy reportedly in the running for NBC’s official Olympics anthem, there’s no word over what Tay may have put up for consideration, but in the end, it obviously wasn’t enough. Katy Perry’s “Rise” has already been released as the theme and the accompanying video (below) will totally have you tearing up.

The folks over at Blind Gossip give us the deets and don’t mince words when they declare, “Well, she blew it again! She was one of several singers in competition for a song for a major sporting event, but she just couldn’t rise to the occasion and come up with a song that would work.”

#RISE above it all: https://t.co/ToeZNtE4rE

However it played out, the folks at Blind Gossip are pretty sure Tay won’t be talking about it. “Don’t bother asking her about it, though. She will never, ever admit that she was even approached for the gig. After all, losing is just not a word that she wants associated with her or her work!”

Check out “Rise” below and decide for yourself if NBC made the right choice.

Do you like “Rise” as NBC’s Olympic anthem or would you have preferred something from Taylor (or someone/something else)? Tweet us @BritandCo!

Desiree O
Desirée O is a ‘Professional Bohemian’ who loves anything and everything related to the arts, entertainment, and pop culture. She ADORES being a ‘Newsy’ for Brit + Co, covering all of the latest tidbits of awesomeness that you want to read about. When she’s not writing, she’s either making messy art, going on long adventurous walks with her camera, or poking around over at bohemianizm (http://www.bohemianizm.com/). You can find out about Desirée O and her work at http://DesireeO.com/ or follow her on Twitter @DesireeO.
Katy Perry
Pop Culture
Katy Perry Olympics Taylor Swift
More From Pop Culture