The Taylor Swift vs. Kim + Kanye Feud Has Officially Gone WAY Too Far 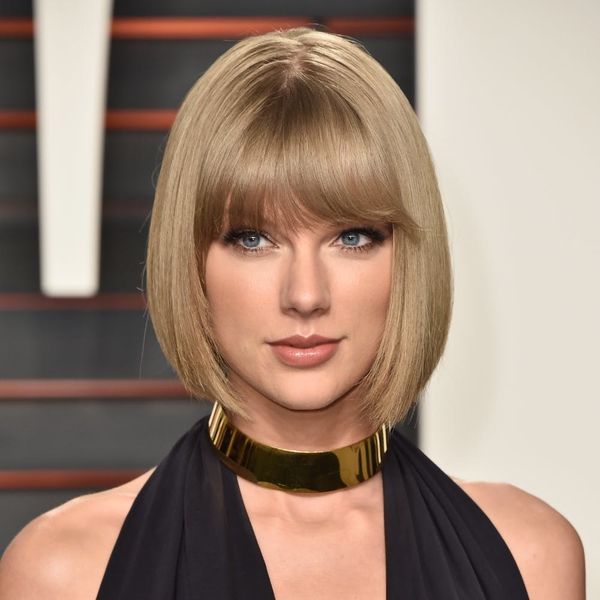 Just when we think the Taylor Swift vs. Kim & Kanye feud couldn’t get any messier — with video leaks, the Internet freaking out, Tay’s squad stepping in and her team even threatening legal action — things just got a bajillion times worse. As the drama continues to spin, Taylor’s “Bad Blood” video director decided to have his say, and, in the process, has taken things WAY too far.

Joseph Kahn, who brought Tay’s “Bad Blood” to life, is apparently fully aware (like most of us) of the Kardashian family’s background, i.e. that Kim’s dad defended O.J. Simpson in the murder trial of his estranged wife, Nicole Brown. And that’s where Kahn decided to take things.

Ain't the first time the Kardashians supported the murder of an innocent blonde woman.

O… M…G. Dude seriously just compared a celebrity spat with the brutal murder of an innocent woman. So wrong. It’s hard to believe that this could not only cross someone’s mind, but that they would also think it was something that needed to be shared with the world via Twitter.

Obviously, people were NOT okay with this.

“Wow dude you’ve gone too far,” and “is this a joke? this is disgusting” were the kind of replies the tweet received, along with sentiments along the lines of “This is so disgustingly distasteful. To compare the petty drama around the fraud that is Taylor to actual murder is ridiculous,” and “the fact that you are comparing an exposé to the actual brutal murder of a woman is disgusting and insulting.” Basically, “this is truly low.”

Desiree O
Desirée O is a ‘Professional Bohemian’ who loves anything and everything related to the arts, entertainment, and pop culture. She ADORES being a ‘Newsy’ for Brit + Co, covering all of the latest tidbits of awesomeness that you want to read about. When she’s not writing, she’s either making messy art, going on long adventurous walks with her camera, or poking around over at bohemianizm (http://www.bohemianizm.com/). You can find out about Desirée O and her work at http://DesireeO.com/ or follow her on Twitter @DesireeO.
Kardashians
Celebrity News
Kardashians Taylor Swift
More From Celebrity News