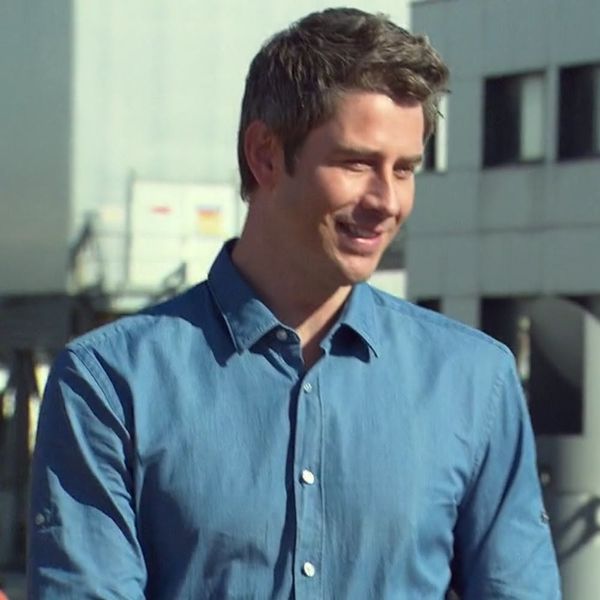 Bonjour, Arie! After a weird trip to Fort Lauderdale, this week’s The Bachelor finds Arie and the ladies in Paris, which is slightly more romantic than Florida. There are dix femmes left and I can totally remember who at least six of them are! Maybe sociopathic Krystal is still here against all odds, but we’ve got bigger fish to fry. While former bachelors and bachelorettes are possibly finding love offscreen, a current contestant may be a missing person! The Bachelor Nation is really living up to the insanity of the real world news cycle even if the show maybe isn’t.

First up, a solo date with the last remaining Lauren, and boy is it weird. Arie makes a big deal about saying how much he’s interested in her and wants to get to know her but on their date, she barely says anything as they walk around Paris. Seriously, it’s all, “Yeah. Uh huh. Just taking it all in.” Is she just here because they have to keep at least one Lauren?

Later, they sit down and share their FEELINGS about past relationships. He’s had a hard time! She’s had a hard time! Even with the opportunity to open up, she speaks only vaguely about her parents and heartbreak and somehow that totally does it for Arie. He tells her he’s fascinated by her and hopes this the first of many dates with her before giving her a rose. Wow. I think we’ve figured out his type. Lauren might take it all the way without us ever remembering who she is. Now that’s a strategy!

Next up, it’s a group date at the Moulin Rouge. Six of the women wear sparkly showgirl outfits and dance their hearts out for a chance to nab a rose and be on stage during a show with Arie. Man, Arie’s going to be the dullest person to ever be onstage in Paris, so he’ll need to pick someone with serious va-va-voom. Seinne puts up a good fight as a dancer, but very young not-missing-person Bekah M. shows the strongest personality and wins the date challenge. The sour looks on the rest of the women’s faces as they watch Bekah M. and Arie onstage could curdle milk and Chelsea in particular frets that free spirit Bekah M. is a stark contrast to an older single mom.

Kendall gets stuck on a double date with Krystal, who has fully leaned into mustache-twirling villain mode. At a countryside chateau, Krystal wins a maze challenge and tells Arie that Kendall isn’t really ready for love or marriage… with no evidence to support that. Arie tells Kendall what Krystal said, and her response is pretty surprising. The potential human meat eater doesn’t trash-talk Krystal, but rather addresses the issue thoughtfully with Arie. She then goes back to confront Krystal and tells her that she empathizes with her because of how difficult Krystal’s life is. Krystal, who is maybe contractually obligated to be the worst, brushes off Kendall’s baller high road move as they move to dinner to battle for the date rose.

Arie leads off with, “Today was not easy. It was difficult.” Yes, Arie, difficult is the opposite of easy; GET TO THE POINT. After talking around the issue for what feels like forever, he’s ready to give that rose. And it goes… to Kendall! And holy crap is Krystal’s send-off a bloodbath of triumphant editing. Arie tells Krystal it’s very tough to say goodbye to her and then leaves hand-in-hand with Kendall without kissing or hugging Krystal. We cut back to the other ladies who see a producer remove Krystal’s suitcase, which prompts them to cheer and pop champagne. Arie takes Kendall to the top of the Eiffel Tower and makes out with her as the tower bursts with flashing lights and Krystal looks on fake-crying. It only took six episodes, but this is good television.

But somehow this isn’t the finale. Arie still has to go on a date with Jacqueline and I truly, seriously don’t know who this woman is. Unlike last surviving Lauren, however, Jacqueline’s story becomes totally clear over halfway through this journey. Arie is worried that she is too smart for him and she lets him know that she’ll be pursuing a PhD. Well, that settles that, right? If she’s already too smart for him and she’s got six years of school ahead of her to get even smarter, there’s no way this can work out, right? Apparently wrong because he gives her a rose. Yeah, I don’t know Arie’s type, I guess.

This leaves three roses left and after the dramatic end to Krystal’s storyline, there’s no gas left in this tank, RIGHT!?? Not so fast, fellow Bachelor skeptics! Tia, Seinne, and Becca K. get roses, which leaves Jenna (who??) and… Chelsea out in the dust. Jenna finally makes her mark by scream crying and Chelsea, who seemed so likely to re-inherit the villain role, sobs about how this always happens to her. Yeah, dudes always give three roses to other girls instead of me as well. If that wasn’t enough, after Arie tells the ladies he’s taking them to Tuscany, last surviving Lauren frowns and talks about how angry she’s getting watching Arie be with other girls. It took an eternity, but this season is so on, y’all.

What did you think of the episode? Tell us @britandco!