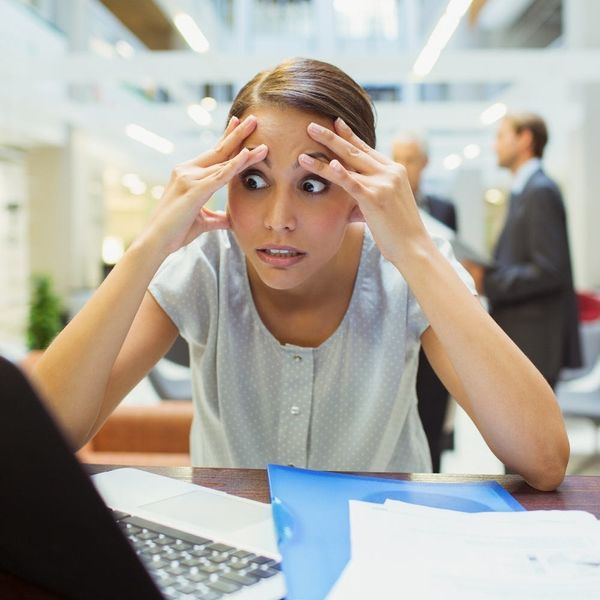 We all make mistakes, but we don’t all make ‘em on the cover of a major publication — and we’re not just talking about a little boo-boo. The Washington Post made a MASSIVE mistake on their cover, and the internet is freaking out over it.

This morning, The Washington Post Express featured a cover story regarding the Women’s March, the largest protest by women on Capitol Hill. The only problem? Well, take a look for yourself…

The internet noticed, natch, and the reaction was enough to put a snarky smile on your face, because really, SMH!

I had high hopes for what we'd do at this march but now I think we'll have to spend it teaching @washingtonpost the correct female symbol. pic.twitter.com/1ZnOnHKhjp

That WaPo Express cover is so perfectly terribly wrong, and also an excellent metaphor.

Do you issue a correction for a front page illustration? How would that work. h/t @annaisaacs pic.twitter.com/LqZSyyMSl5

I have no fucking words.

YOU HAD ONE JOB, FRONT PAGE DESIGNER. ONE. JOB. https://t.co/wWM1CBFNeo

When the @washingtonpost confuses their gendered pictograms. This image had dozens of hands touching it and no one noticed. Cf. @Dr__Jude. pic.twitter.com/Id0a68jXrf

Either that, or you’ll just be pretty darn ragey over the entire sitch.

How was this even possible? @washingtonpost unbelievable smack in the face of all women. #Shameful https://t.co/E7hqxYBTih

The Washington Post Express has since apologized, but still. Oof.

This is how the cover should have looked. We apologize for the mistake. pic.twitter.com/MKKOkHPV8T