The President Wants to Be Known as a Nationalist, and His Base Should Be Alarmed 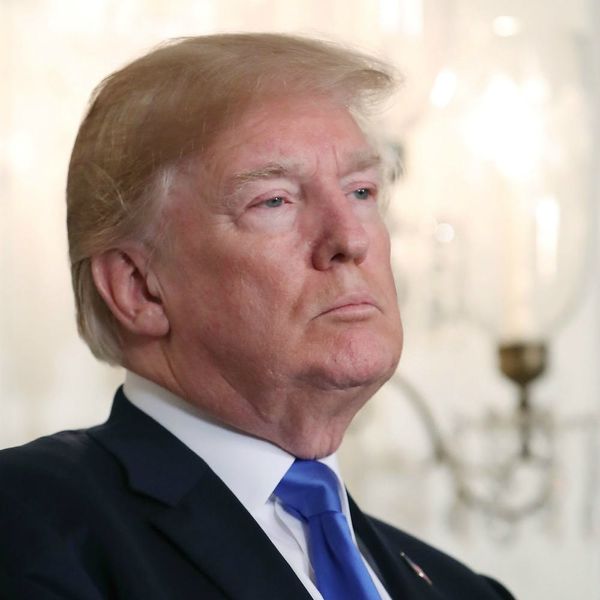 At a rally in Texas in support of his former opponent Ted Cruz on Monday, President Donald Trump told the gathered crowd that although the term may seem “old fashioned” or inappropriate to say, he is, in fact, a nationalist.

“A globalist is a person that wants the globe to do well, frankly, not caring about our country so much,” Trump incorrectly explained to the crowd of GOP supporters. “And you know what? We can’t have that. They have a word, it sort of became old-fashioned, it’s called a nationalist, and I say really, we’re not supposed to use that word. You know what I am? I’m a nationalist, okay? Nationalist. Use that word, use that word.”

Conflating the idea of “globalism” as the opposite of “nationalism” is not only wrong — it’s downright dangerous.

While pro-nationalism rhetoric has certainly become more mainstream since Trump’s election to office, the definitions as presented by right-leaning and racist groups reinforce dangerously skewed “us versus them” themes.

The complaint, as it is, is that “globalists” are people who don’t care about their country of origin and instead favor supporting others through organizations like the European Union, the World Trade Organization, and NATO. The rise of so-called “anti-globalism” comes, in large part, from former White House adviser Steve Bannon, who used his platform at Breitbart to inform readers that America would continue to suffer if we participated in global relationships.

Whether intentionally or not, Bannon and, to a similar extent, Stephen Miller and the president himself, have taken cues from fascist and autocratic playbooks, using hateful rhetoric, fear-mongering, and other scare tactics employed by dictators to control citizens. Historically speaking, a number of the White House’s current actions against marginalized groups (spurred by Miller), like the ongoing persecution of Central American migrants and asylum seekers, and an attempt at erasing transgender identities from the US’s legal framework, have been compared to fascist policies rolled out during the height of the pre-war era, including in Nazi Germany.

But globalism and nationalism are not only not opposite of each other, they are completely different ideas — and ideals — that play into very different emotional responses. While the right may describe nationalism as a protectionist measure in support of the US, the idea of interconnection —or globalism — as described by extremists (and, historically, autocrats) is not only not bad for us, but it also proves beneficial.

Author Or Rosenboim explains that, like modern nationalism, globalism stemmed from the end of the Second World War. After the fall of the Axis of Evil, many world leaders started working together in the fields of technology and art, and economists saw a growing demand for international interconnectedness unlike anything the world had seen in modern memory. And unlike nationalism, which often goes hand-in-hand with totalitarianism and fascism, political globalism aims to protect people from the scourge of dictatorships and absolute control by reinforcing democratic ideals — and the accountability to enforce them — by way of global partnerships.

It seems, however, that President Trump is using the term “nationalist” interchangeably with “patriot,” either because he doesn’t understand the difference or he’s counting on his base not to. But patriotism is not mutually exclusive or interchangeable with nationalism. In fact, the two ideas don’t actually have a lot common; the former is about pride of place and the latter is about national supremacy and superiority. While nationalists can certainly be patriots, patriots are, generally speaking, not often nationalists — when you’re talking about a pluralized society like the United States, nationalism is literally a contradiction in terms.

So when the president of a democratic country like ours throws a word like nationalism around, alarm bells should be ringing not just for those on the left, but within the GOP as well: Continuing to promote someone who hopes to rule, as opposed to govern, can lead down a dark and dangerous path for those both opposing and within the party’s inner circle.