This Initiative Supporting Undocumented Youth Will Restore Your Faith in Humanity 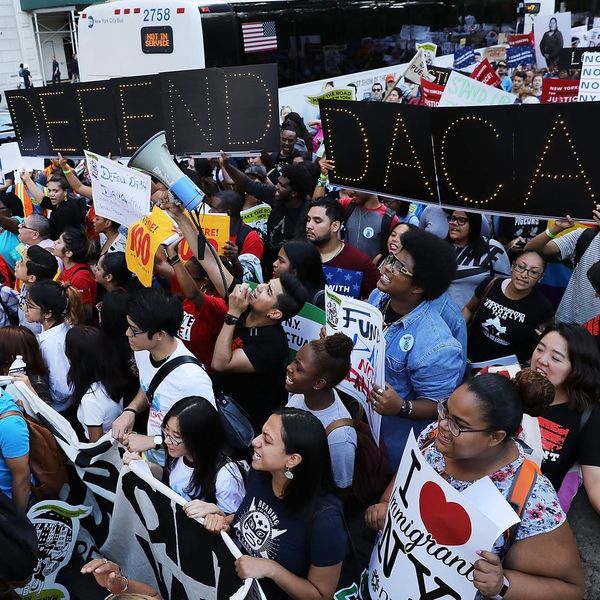 In light of President Trump’s threats to rescind DACA (Deferred Action for Childhood Arrivals), religious leaders, elected officials, and CEOs around the nation are concerned about what will happen to young, undocumented people and their families.

Fwd, an organization founded by leaders in tech to address immigrant rights and criminal justice reform, has solicited signatures from leaders in faith communities, civic groups, and government, collecting 1,800 signatures in support of DACA. A second letter, by business leaders and entrepreneurs including Brit + Co CEO Brit Morin, has been sent to President Trump and Congressional leadership.

The letter from business leaders urges President Trump to preserve DACA, noting that if it’s revoked, hundreds of thousands of “hardworking young people will lose their ability to work legally in this country, and every one of them will be at immediate risk of deportation.”

Further, the letter adds, “Our economy would lose $460.3 billion from the national GDP and $24.6 billion in Social Security and Medicare tax contributions.” The letter also urges Trump and Congress to pass the DREAM Act or similar law that would give undocumented immigrants a clear and fair path to full citizenship.

Undocumented immigrants and advocates for immigrant rights are steadfast in their commitment to keeping DACA in place, hoping that Trump will cave to pressure from elected officials, and business and community leaders. The president may not yet understand the far reaching and deep negative impacts revoking DACA would have for not only recipients but the entire country, but perhaps Fwd’s letters can fill in the blanks for him.

DACA is, after all, a very popular program, and as of 2015, a majority of Americans approved of comprehensive “pathway to citizenship” and deportation relief programs for undocumented immigrants.

As the September 5 deadline for Trump’s DACA decision grows nearer, concerned leaders are standing up to remind the president that undocumented immigrants are valid and valued in their communities. There are only a few days left for Trump to make his choice, and it’s clear that many prominent figures want to ensure he makes the right one by keeping DACA in place.

Do you have thoughts on the impacts of revoking DACA? Tell us on Twitter @BritandCo.

Elizabeth King
Elizabeth King is a politics, history, and culture writer based in the Twin Cities. She is generally pretty cranky but still enjoys traveling, music from the early 2000's, and plotting the resistance. Feel free to say hi on Twitter at @ekingc or check out some of her work at www.elizabethcking.com.
Immigration
Current Events
Immigration Politics
More From Current Events