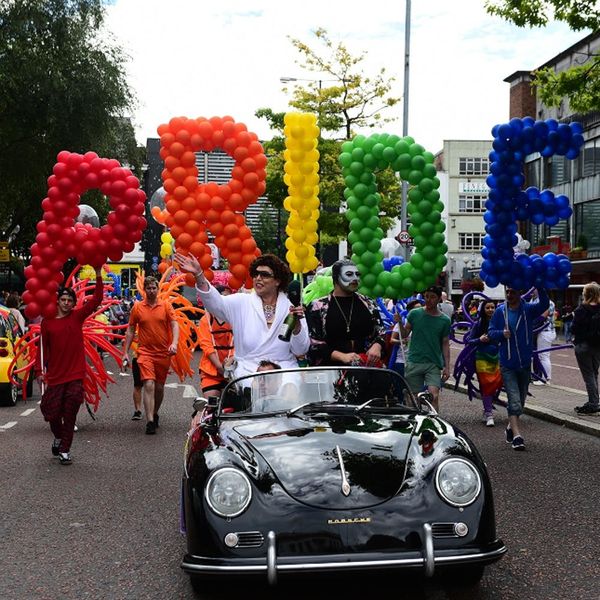 Despite what some people would have you believe, the world is getting better and better all the time. Take gay marriage, for instance. Now legal across the country, the historic ruling has allowed more people than ever to make their wishes come true for a trip down the aisle. But giving LGBT people the ability to legally marry isn’t just inspiring (see: these celebrity Instagrams) — it’s also had a surprising effect on something pretty serious: the teen suicide rate.

According to a recent Johns Hopkins University study, there is a direct correlation between the legalization of same sex marriage and a 14 percent drop in gay teen suicide that can be directly related to the 2015 ruling. This is a huge number, considering that according to suicide prevention organization The Trevor Project, suicide is the second leading cause of death for youth ages 10-24 (!).

One of the study’s co-authors, Julia Raifman, says that she hopes that the study will show lawmakers why it’s so important to support LGBT people and youth. “I would hope that policymakers and the public would consider the potential health implications of laws and policies affecting LGBT rights,” she told The Guardian.

While the report is not conclusive, it’s definitely something we hope people would consider before changing any current supporting laws in place. Equality should be seen as a health and safety issue beyond the legal realm, and with studies like this one proving that point (and maybe a little from Ivanka Trump and Jared Kushner, who recently stood up for the group), hopefully, things will stay that way.

How has the ruling changed your life for the better? Tell us about it @BritandCo!

Kat Armstrong
Kat has been a writer, social media maven and mom for longer than she's willing to admit. She's also spent time in front of and behind the camera, interviewing celebs, politicians and acting as a producer for fashion and artistic photography shoots. When she isn't writing for various orgs and publications, she's hanging with her kids, husband and French Bulldog, Peter, in Toronto, Canada.
LGBTQ
Politics
LGBTQ Politics study