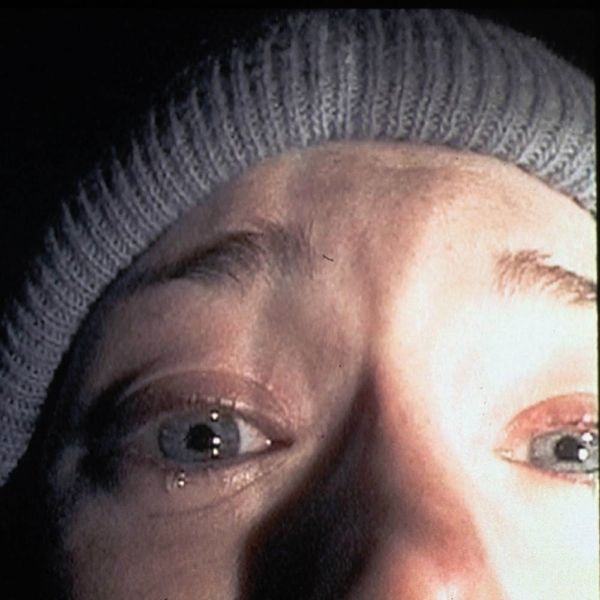 Just when we thought nothing could be cooler at Comic-Con than the Suicide Squad or Cara Delevingne’s new hair, Lionsgate completely blew everyone out of the water, and, if social media is any indication, won SDCC hands down with the ultimate movie announcement: 1999’s cult classic The Blair Witch Project is getting a SEQUEL.

It’s taken nearly two decades to make and we practically gave up hope, but rest assured, it’s happening: In fact, some have already seen it!

When SDCC attendees showed up to what they believed to be a screening of The Woods on Friday, they were in for a shock when, without warning, they were treated to a surprise screening of Blair Witch instead.

"Surprise! Adam Wingard's THE WOODS is a #BlairWitch sequel. Watch the trailer." – @ColliderNews. In theaters 9/16. https://t.co/DhgWXa4h1t

“Surprise! Adam Wingard’s The Woods is a #BlairWitch sequel,” tweeted the film’s official account. The reboot, which hits theaters on September 16, picks up exactly where the original left off, and yes, it’s shot to look like it’s entirely made up of found footage. Whereas 2000’s Book of Shadows: Blair Witch 2 strayed away from this format and was met with harsh criticism, it seems Blair Witch is bringing back everything that made the ’90s original such a massive hit.

Fans couldn’t hold back their excitement and #BlairWitch soon started trending on Twitter. Even producer Keith Calder was beyond ecstatic, tweeting: “I got to produce a secret BLAIR WITCH movie with a bunch of my favorite people. Sometimes this business can be awesome.”

I got to produce a secret BLAIR WITCH movie with a bunch of my favorite people. Sometimes this business can be awesome. #BlairWitch

Not everyone has been feeling the Blair love, though. Some are skeptical about whether or not the franchise can really maintain its horror factor. As @therunnersam pointed out: “The reason the original #BlairWitch was so incredible was we all thought it was real. Doing a remake is horribly boring and unoriginal.”

The reason the "original" #BlairWitch was so incredible was we all thought it was real. Doing a remake is horribly boring and unoriginal.

Taking a look at its trailer and reading its official synopsis, we have to say, the new Blair Witch does indeed look scary AF. The flick sees a bunch of college students venturing into Maryland’s Black Hills Forest in search of a missing sister. They find some locals who volunteer to act as their tour guides and set off to solve the mysterious disappearance.

Will you be watching Blair Witch? Tweet us @BritandCo.