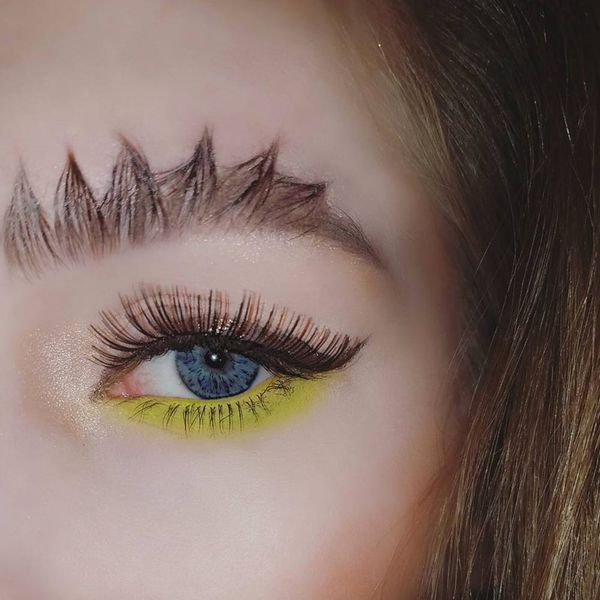 Unicorns better watch out — there’s a new mystical creature looking to dethrone the trend. We’ve seen feathered brows and barbed wire brows, but have you seen arches inspired by dragons? Didn’t think so.

Self-taught makeup-enthusiast who goes by the Instagram handle @harlibi posted a dragon-inspired brow look after being inspired by the spines of the dragons from the video game Skyrim. She also cited the work of fellow makeup artist Stella Sironen as inspo — and the internet went wild.

After her post got thousands of likes (it now sits at 5,257), she posted again to explain just how new this branch of creativity is to her. “I’ve only been doing makeup artistry for less than 3 weeks,” she wrote. “I’ve only put on false eyelashes 3 times in my life (no joke lol).” The makeup newbie did express that she’s “learning a ton” and admitted that she has “a lot of ground to cover.” Uh, WOW.

That’s one hell of an Instagram beauty debut, but it seems like @harlibi has hit on a trend and dragons may become the next big thing.

What do you think of V’s brows? Do you think the dragon trend will take off? Tell us @BritandCo!

Shea Lignitz
Shea can be found in the nearest bookstore or brewery, exploring the great outdoors, or blasting Led Zeppelin. She grew up in the cold and rain of Northern California's redwoods but is currently wandering around Texas.
Makeup
Beauty News
Makeup