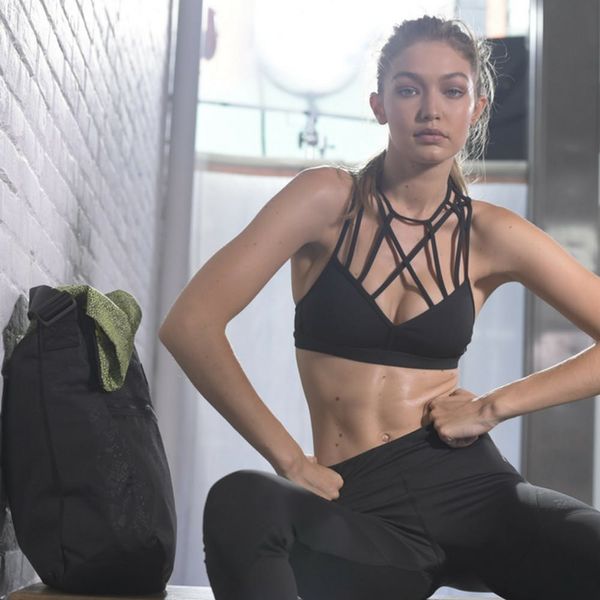 Unless you’ve been living under a rock, you know Gigi Hadid is everyone’s #girlboss, badass dream come true. Sure, she’s one of the world’s most sought-after models and a certified fashion designer, but she also proves time and again how totally real and relatable she is. I mean, did we all not yell “YOU GO GIRL” after the beatdown she released when a total stranger tried to attack her?

Now, she’s bringing that realness to another major brand, by partnering with Reebok as the new face of their #PerfectNever campaign — the same campaign that first launched in July with another one of our favorite females, Ronda Rousey.

The choice really comes as no surprise. One look at this raw, behind-the-scenes footage from their photo shoot proves that Gigi isn’t just another pretty face for a fitness brand. The girl is living proof.

In an interview with Reebok about the campaign, Gigi said, “Working out isn’t only physical for me. It’s mental. It helps me escape the noise in my head. It’s the only time my mind goes quiet.”

The team behind #PerfectNever said that the idea came from women, globally, having been weighed down by the impossible and unrealistic standards of “perfection,” written by society-at-large and enforced by friends, family and the faceless masses around them. And they thought it was ridiculous that this unrealistic notion was even extending to sport and fitness — where women are expected to look great and composed at all times, while men get high fives for sporting bloody knuckles and grunting profanity while lifting those weights.

And if you need one more reason to go crush life today, check out the original spot starring Ronda.

Kelsey Nelson
Kelsey Nelson is a born-and-raised Ohioan living life in South Carolina. She thrives at binge watching Netflix, contemplating what to order at the bar and running any trail or road she can get her feet on. In addition to being a Brit + Co contributor, she writes about southern pleasantries, DIY mishaps and more at North Living South. If she isn’t writing or running, she’s off adventuring with her husband Brad and their Lab/Dachshund mix, Gordy.
Fitness
Entertainment
Fitness
More From Entertainment