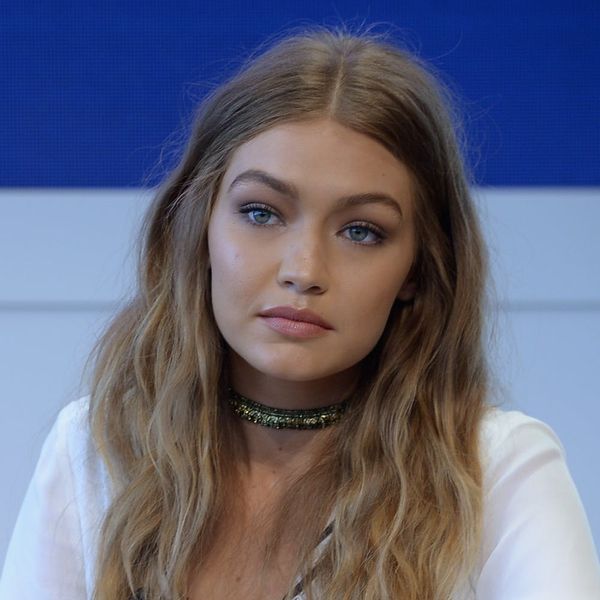 Gigi Hadid may be one of the top models of the moment, known for walking her slim bod down the hottest runways. But those who know her know that she owes her fit form not only to a lucky combo of genes, but also to endless hours working out. Her ability to take on a kickbutt routine certainly came to good use when a stranger tried to attack Gigi this morning and received a hella beat down instead.

The icky sitch happened while Gigi and sister, Bella Hadid, were leaving the Max Mara show earlier today, shortly after walking the runway. While making their way through the fans and paparazzi, a stranger came out of nowhere and GRABBED Gigi, lifting her from behind while allegedly groping the model.

While Gigi yelled out in shock, Bella grabbed at the man and screamed at him to let Gigi go. Gigi, possibly scared and totally enraged, twisted back and elbowed the dude right in the face. The impact caused the freak to drop Gigi, at which point she went after him again, with security holding her back.

The entire event was caught on vid, including Gigi storming off to her car and telling her peeps to find the guy.

Gigi defended herself when a man grabs her after the Max Mara show. pic.twitter.com/IsHEkTkkER

Being a total pro, Gigi went straight from the incident to the Fendi show where she was again calm, cool and collected. But she was still totally peeved, as you can tell from her tweets.

and had EVERY RIGHT to defend myself. How dare that idiot thinks he has the right to man-handle a complete stranger. He ran quick tho 👊🏼😏🐱

Are you impressed with how Gigi reacted? Tweet us @BritandCo!