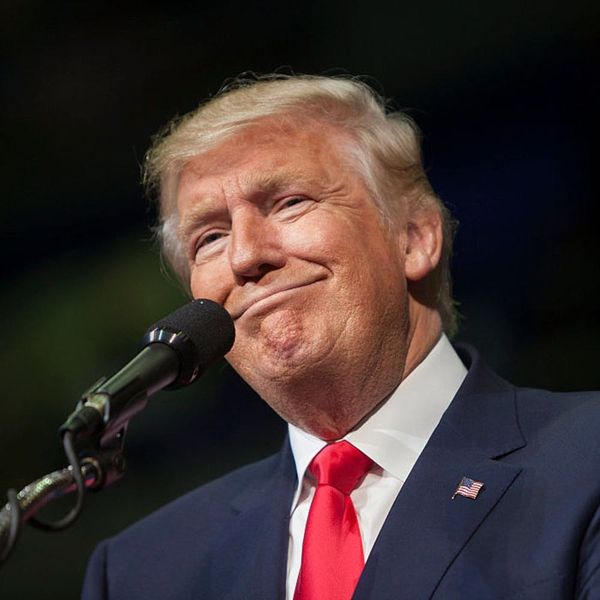 Hang on to your seats — President-elect Donald Trump is making headlines yet again, but it has nothing to do with him snagging Time’s Person of the Year cover or his ongoing TV interests, which have folks seriously concerned. Nope, this time around he’s in the news because the CIA is accusing Russia of playing a major role in last month’s election, which resulted in him winning the strangest presidential race any of us have ever seen.

Following a secret assessment, the Washington Post is reporting that the CIA is said to have come to the conclusion that “Russia intervened in the 2016 election to help Donald Trump win the presidency.” Apparently, the CIA was able to identify “individuals with connections to the Russian government” who uploaded thousands of hacked emails from the Democratic National Committee to WikiLeaks for the world to see. Their goal? To hurt Hillary Clinton’s image and boost confidence in Donald Trump.

PEOTUS and his transition team are dismissing all claims of interference, telling Time in a statement that “these are the same people that said Saddam Hussein had weapons of mass destruction. The election ended a long time ago in one of the biggest Electoral College victories in history. It’s now time to move on and ‘Make America Great Again’.”

Meanwhile, WikiLeaks founder Julian Assange has come out and stated that Russia was in fact not the source of the leaked emails, and a senior US official is reported by the Post as admitting that “there were minor disagreements among intelligence officials about the agency’s assessment, in part because some questions remain unanswered.”

Hmm, it sure sounds like there are still plenty of question marks that won’t be answered until the full report President Obama has requested to receive before he leaves office on January 20 is released. Until then, the best we can do is hope Canada can save the internet from Trump, as promised… or shell out $50,000 to have coffee with Ivanka and ask her WTF is going on. Just when we thought things couldn’t get any weirder…

Do you think another country could really have influenced the US election? Tweet us @BritandCo.