A Cup of Coffee With Ivanka Trump Is Going for $50,000 Online 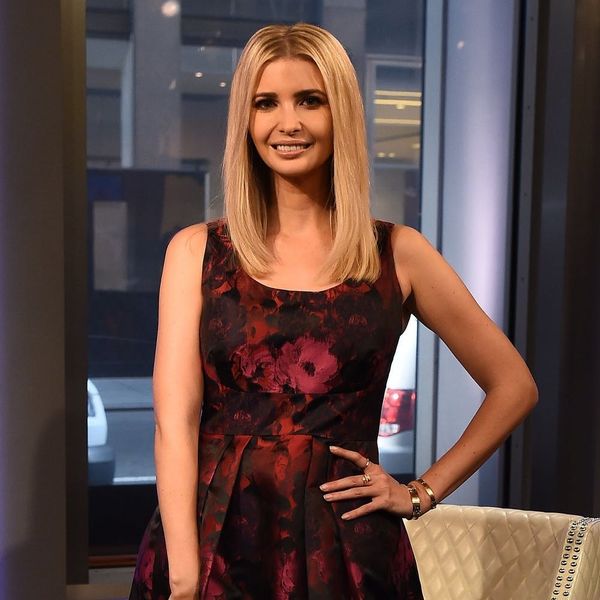 If you’ve got something to get off your chest after the election (like oh, say, President-elect Donald Trump’s continued TV interests), you could hash it out with the Donald himself via Twitter (although after hearing this woman’s story, we wouldn’t recommend it), or you could opt for a more civilized route: a cup of coffee with his daughter Ivanka.

Yep, you read that right. $50,000 will get you one 30-minute cup of coffee with Ivanka sometime within the next year at Trump Tower (or Dump Tower, if Google maps keeps getting trolled). No word on whether or not biscotti or even tip is included (although you can bring a friend!).

It’s posted as an auction on Charity Buzz with proceeds benefitting brother Eric Trump’s Foundation, which aids St. Jude’s Children’s Research Hospital, so your money would technically be going to charity, but there are a few, uh, provisions.

Understandably, the Ivanka will also be accompanied by a member of the Secret Service for the date, but if you appear to be a sketchy character prior to the meeting or fail to pass a criminal background check, no coffee for you. The site reserves the right to decline the auction’s winner for pretty much any reason it sees fit.

☕️ with a side of our floral Mara Cocktail bag. Shop this bag and more at #LordandTaylor. 📷: @emily_luciano http://liketk.it/2p6FF @liketoknow.it #liketkit #WearITtoWork

The same goes for the actual coffee meeting: Should you step out of line or get a bit too heated while voicing your concerns (or praise!), coffee will be terminated, with no refunds available.

Who would you pay $50K to meet? Share over @BritandCo!