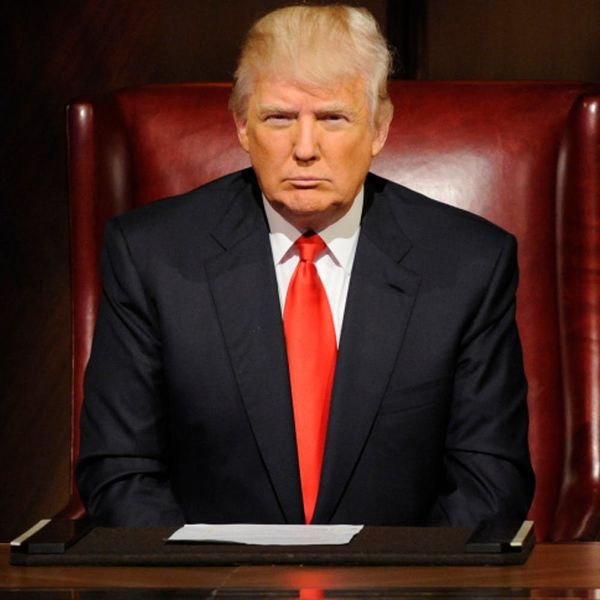 When it comes to Trump’s questionable actions — e.g. a video scandal, Twitter tantrums and horrifying appointments, just to name a few — iffy business practices are seemingly a lesser evil than, say, sexual assault. But Donald’s latest biz-related move is still giving peeps plenty of reason to (again) question Trump’s commitment to his duties as the leader of our country. Along with lawsuits and conflict-of-interest incidents all over the place, now the news that Trump will remain an Executive Producer of Celebrity Apprentice while acting as President is causing serious concern.

While most acting presidents put their former lives — including their careers — aside while sitting in the Oval Office (which, ya know, makes sense since you’re pretty darn busy running a country), Trump will not be relinquishing his hold on the reigns of various business ventures. That includes his part in Celebrity Apprentice.

So what exactly does this mean? Well, basically, it means that Trump won’t have much to do with running the show at the moment, but he’ll still be paid his royalties. And though he won’t be hosting for the foreseeable future (another celeb-politician, Arnold Schwarzenegger, will be sitting in the big chair when the show returns next year), the president-elect’s Press Secretary Hope Hicks spoke to Politico about the decision, saying, “Mr. Trump has a big stake in the show and conceived of it with [executive producer] Mark Burnett… Additional details regarding his business interests will be shared December 15.”

With Trump being notoriously cagey (and dishonest) about his finances, it will be interesting to see how this rolls out. Let’s hope he’ll be able to keep his attention focused on the White House and not on the studio.

What do you think about Trump staying on as Executive Producer of Celebrity Apprentice while being President? Tweet us @BritandCo!