This Surprising Thing May Determine How Much You Sleep 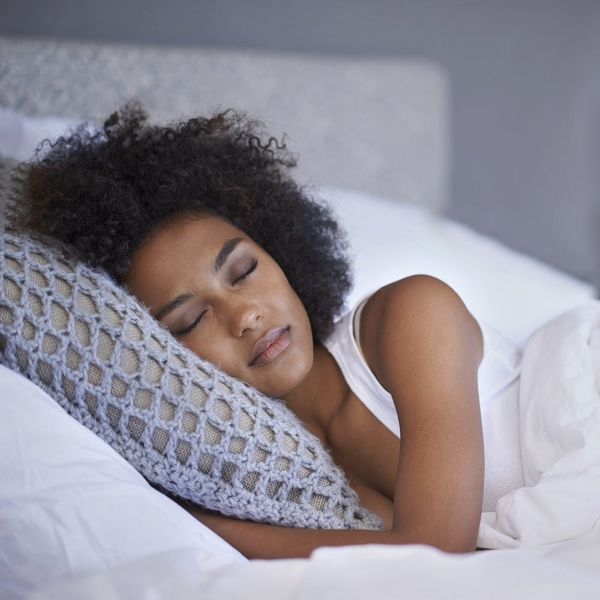 There’s no debate that getting a good night’s sleep plays a HUGE part in feeling your best. In fact, feeling rested is totally essential for landing a job at an amazing company where everyone wants to work, crushing your intense circuit training workout and for having the energy to keep up with your social calendar (after all, no one likes to cancel plans). But how much sleep is enough, and how much do people around the world actually sleep? Turns out, it depends on where you live, according to a recent study published in Science Advances.

In the study, researchers at the University of Michigan tracked sleep habits with a smartphone app called ENTRAIN, which helped them collect info like age, gender, country, time zone, normal lighting environment and typical wake up/bed times from more than 10,000 people in 20 countries. The results are fascinating, as they show that there are definitely cultural trends and habits that affect sleep for everyone.

Examples include America’s generally early bed time compared to the rest of the world (it’s the fourth earliest!), Germany’s super practical and consistent hours across the charts and the later bedtimes that are popular in both France and Spain. Consider this proof that the late night eats and thriving scene you experienced late at night on your last Euro trip are totally the real deal for the people who live there.

When it came to a person’s gender, the ENTRAIN study shows that it makes a measurable difference too. Surprisingly, women and girls log more sleep than men and boys do. Age plays a really important role too, with people on the young and old side of the spectrum showing that they sleep and wake up earlier. Not a shock that data from teens and young adults perfectly reflects social habits like going to bed much later, as well as sleeping in later on a weekend morning to catch up on missed hours. Guilty!

The lesson? If you’re someone who majorly struggles with lonely early morning hours or feels totally abandoned when no one wants to hit the town with you late at night, you might just be living in the wrong place for your personal body clock. Figure out which country is totes perfect for you with this cool test created by mathematicians from the University of Michigan, and then fine-tune your schedule to match!

Krista Gray
Krista Gray is a web producer and freelance writer who lives in San Francisco. When she's not working with clients through her company GoldSquare, she loves reading, traveling, and learning new things.
Health
More From Health