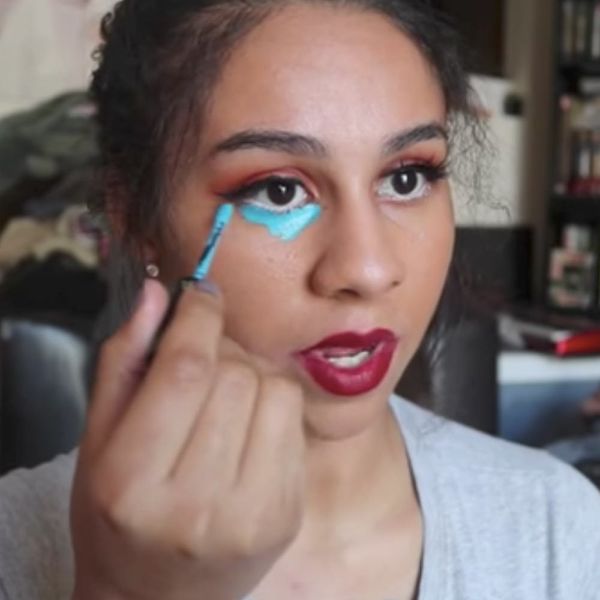 Over the last few years, many people have taken the time to reflect on the true origins of Thanksgiving. While we grew up believing that the holiday was only about Indigenous Americans sharing their bounty with colonial settlers (which really did happen around 1620, near the landing at Plymouth), the true origins of the holiday are more macabre.

In 1637, over 700 Pequot tribes people of Connecticut were slaughtered, and at the end of the fighting, it’s reported that the then-Governor of the Massachusetts Bay colony declared the day would be one of thanks. “A day of Thanksgiving, thanking God that they had eliminated over 700 men, women and children,” he reportedly said, eventually signing into law a day of remembrance for the colonists’ ability to subdue the Pequot.

Flash forward about 400 years. You can’t go to a music festival without still seeing non-Indigenous people wearing things like headdresses or other tribal “looks” as fashion. While it’s become more established over the last few years that doing so is a form of cultural appropriation, it still seems to happen. Comedian and vlogger J.J. Smith (AKA Sailor J) wanted to highlight this ongoing problem by creating a faux “makeup tutorial,” How to Do Thanksgiving Makeup That Has Nothing to Do With the 566 Federally Recognized Tribes, that skewers continued racism toward America’s Indigenous communities.

Nodding to the countless racially insensitive “native inspired” makeup tutorials on YouTube, Smith says that her satirical look will be inspired by Pocahontas. As she proceeds to add culturally inaccurate details to her “look,” Smith goes on to reason that she’s “cherry picking” bits and pieces out of cultural context “because we do what we want with other people’s cultures in this country.”

Using the standard beauty tutorial format, Smith explains her makeup choices with matter-of-fact social satire. At one point, she explains her use of white makeup under the eyes to replicate Native Americans’ “look of terror” in the wake of colonial invasion.

As she writes #NODAPL across her face, Smith points out that she often sees white people wearing regalia (the proper term to describe the clothing of Plains and Iroquois tribes worn during Pow Wows) during “tribal” inspired tutorials on YouTube. Smith explains that headdresses and other regalia are worn to signify different spiritual meanings and are disrespectful to treat as meaningless accessories, “but wear it if you want, Susan.”

“It’s all about your convenience, and not the well being of a traumatized nation of people,” Smith sarcastically concludes, and explains that her tutorial was inspired by a fan request to explain why “native” or “tribal” makeup tutorials are considered offensive.

“There’s nothing wrong with celebrating Thanksgiving, just know what you’re celebrating and maybe use the day to reflect on the fact that you don’t have to deal with the sh*t that Native Americans do,” Smith says, asking that everyone take time to study Indigenous history with the Center for American Indian Research & Native Studies.

If you’d like to use Thanksgiving as a way to learn more about our history, or if you’d like to take the holiday as a day of reflection, there are many different reasons to get together at the end of November, like National Families Week, or Native American Heritage Month.

Do you use Thanksgiving as a time of reflection? Tell us @BritandCo!

Kat Armstrong
Kat has been a writer, social media maven and mom for longer than she's willing to admit. She's also spent time in front of and behind the camera, interviewing celebs, politicians and acting as a producer for fashion and artistic photography shoots. When she isn't writing for various orgs and publications, she's hanging with her kids, husband and French Bulldog, Peter, in Toronto, Canada.
Thanksgiving
Diversity
Thanksgiving
More From Diversity