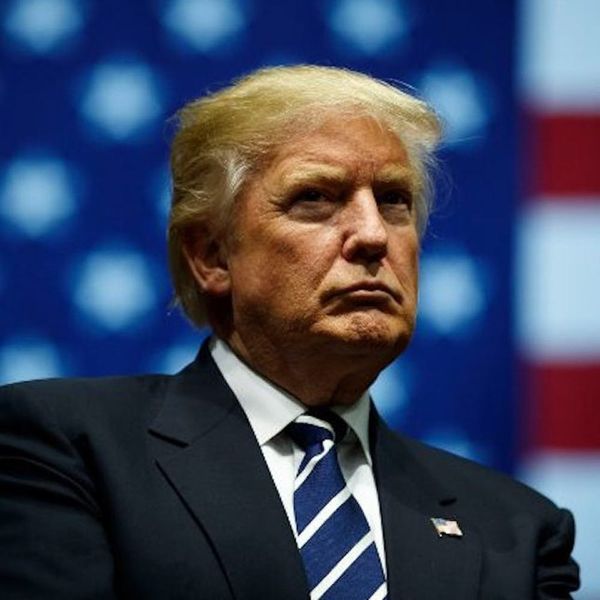 Republicans may have to recall all State of the Union tickets because they say "Uniom" not "Union," per two Dem aides. pic.twitter.com/FosSnznIHp

As the New York Times was quick to point out, “President Trump is famously spelling-challenged, but this one was not his fault.”

Indeed, Trump has made his fair share of spelling errors while shooting from the hip on his infamous medium of choice, Twitter. (Covfefe, anyone?) This time, though, it was the Office of the Sergeant at Arms and Doorkeeper that accepted responsibility for the error, reissuing the tickets on Monday just in time for the event.

Democratic Representative Raúl M. Grijalva used the mistake to get in a dig at Secretary of Education Betsy DeVos, who was roasted last year when she misspelled W. E. B. Dubois.

Just received my ticket for the State of the Union. Looks like @BetsyDeVosEd was in charge of spell checking… #SOTUniom pic.twitter.com/ZgFTGtTkzv

Is it possible that "President Donald Trump" is also a typo?https://t.co/EF0i817pZ1

As one tweeter aptly pointed out, perhaps the real story here is the fact that the tickets look like something you could print out at home:

People are missing the story about the typo'd "state of the uniom" ticket.

The real scoop is that it looks like a construction paper ticket to a middle school bake sale. pic.twitter.com/nkoYUY6QTC

The Times also points out that the ticket contains a second error: the State of the Union takes place in the “Visitors Gallery,” not the “Visitor’s Gallery.” No word on whether that second correction made it onto the final tickets, or if the Office of the Sergeant at Arms and Doorkeeper decided to upgrade to the fancy paper.