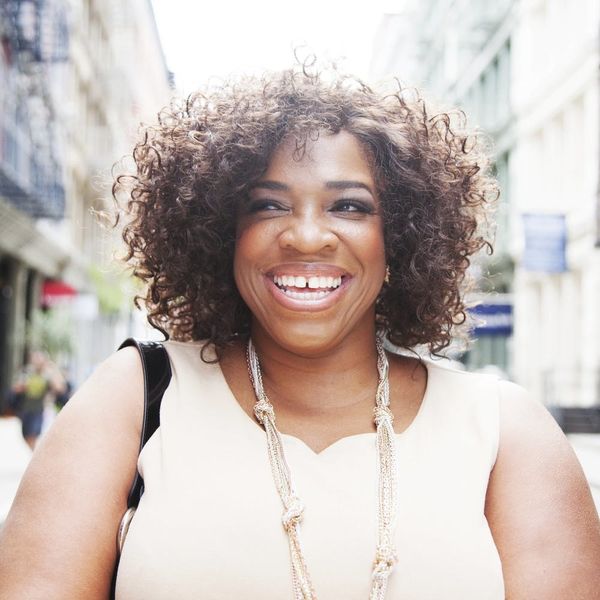 Confidence isn’t always easy. Sometimes, we need a boost of self-confidence after a particularly bad day at work, or struggling to nail an elevator pitch about our side hustle. We want to raise body-positive children (tips here!), but we struggle with our own body image. Five years ago, British feminist writer Laura Bates started the Everyday Sexism Project to document the types of sexist behavior women experience every day. Users submit their own stories and document their conversations. In her book, Girl Up: Kick Ass, Claim Your Woman Card, and Crush Everyday Sexism, which is being released for the first time in the US, Bates gives frank advice for women on sex, social media, mental health, and combating sexism. We chatted with her for advice on building our confidence and how to stand up for ourselves in any situation.

1. Realize you’re not alone. When Bates started the Everyday Sexism Project, she wanted to open people’s eyes to the extent of harassment and inequality women experience daily. “The 100,000 testimonies that poured in showed me how widespread and varied the problem was — from a woman in Mexico being told by her university professor ‘You look prettier when you shut up’ to a city worker in London being told to sit on her boss’s lap if she wanted her Christmas bonus. They revealed that victim-blaming is rife, forcing many victims into silence, and that many women experience sexism intersecting with other forms of prejudice, like racism, homophobia, ageism, ableism, and transphobia,” says Bates. If you feel like what you’re experiencing at work, home, or school is only happening to you, online communities exist to connect you with other women who may be going through the same exact problem.

2. Develop a positive relationship with your body. In one section of her book, Bates has illustrations from a school visit with teenagers. She asked them what they’d like to change about themselves, and every girl drew themselves with a skinnier body. Bates advocates for parents to encourage body image positivity through a healthy relationship with food and exercise, exposing to children to a wide range of role models with different body types, and discussing societal stereotypes and airbrushing. “One mother recently told me she spent time with her daughter looking up inspiring female athletes like Simone Biles, Jessica Ennis, and Serena Williams and talking about how their bodies had played an important role in helping them achieve success,” says Bates. Read about body positive advocates like yoga star Jessamyn Stanley and embrace who you are at your current size.

3. Look to your role models. In Girl Up, Bates details different women throughout history who have stood up for what they believe in or gone against the grain when they were told they couldn’t do what they wanted. “I think it’s important to remember them when we are fighting today’s battles, often being belittled or harassed ourselves, to remember that nothing changes unless somebody stands up and challenges what is seen as normal, no matter how hard it can be to do that,” says Bates. If you’re having trouble making headway in your chosen career path, search out successful women who are doing what you want and read about their rise to the top for inspiration.

4. Plan ahead. When you’re faced with a big challenge — asking for a promotion, changing careers, or giving a speech, for example — Bates recommends planning ahead. “The more prepared you are, the less likely nerves and jitters are to derail you. Practice in the mirror, write out notes, and get a friend to throw as many questions at you as possible so you feel ready for anything. And in the moment itself, remember that you can take your time. Don’t be afraid to take a moment to stop, take a deep breath, and gather yourself before speaking. Taking along a friend or family member for moral support can sometimes be really useful too,” says Bates.

5. Know you have options. Oftentimes, we feel stuck in a situation like a bad relationship, unhealthy habits, or stagnant jobs, but it’s important to remember that there are options. You don’t have to stay silent and just keep plugging away if you’re unhappy or treated badly. “Young women are so often told to just deal with it, and keep quiet. I wanted to say the opposite — there are lots of options if they want to challenge these things, ” says Bates. “My main goal was to provide a lifeline for young women who are bombarded with sexism, online abuse, street harassment, discrimination, slut-shaming, body image pressure, and more. I wanted to create a book that shouted, loudly, that these issues were ridiculous, hypocritical, and unfair, and that nobody should have to put up with them.”

6. Consume alternative media. If you’re feeling bombarded with unrealistic images of beauty and bodies, Bates suggests tuning into different types of websites and magazines to get a contrasting viewpoint. She recommends websites like Spark Movement, Amy Poehler’s Smart Girls, and Feministing, and magazines such as Rookie, Bust, and Curve. “There’s a whole world of alternative content out there beyond the traditional stereotypical gloss of airbrushed ads and diet plans,” says Bates.

7. There’s no right or wrong way to handle harassment. After starting the Everyday Sexism Project, Bates was bombarded with terrible online threats. For anyone handling harassment, Bates believes that the victim has the right to respond and react however feels right for them, and she advocates putting pressure on social media platforms and police forces to tackle the problem at its source. “For those who do want to speak out, there are a number of great tips from feminist activists who have experienced online harassment, on how to reduce it and deal with it, here,” says Bates.

What’s your best tip for standing up for yourself? Tweet us @BritandCo to let us know.