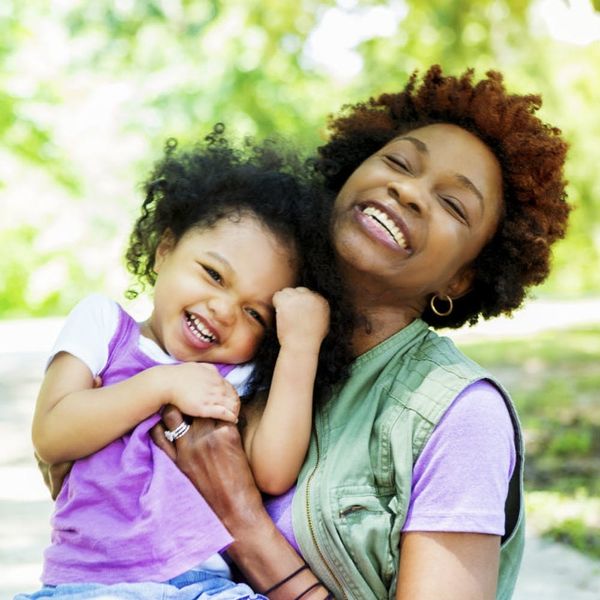 Even though body-positive books and campaigns are more widespread than ever before, many people (raising hand) still struggle with body confidence. And while trying to feel okay in your own skin is mega difficult as an adult, feeling good about your body as a kiddo can be downright impossible if you’re exposed to a negative environment (have you *seen* Miss Representation?). But when exactly do kids start expressing awareness about body-image issues? Well according to a new study by University of Illinois experts, it may be waaay earlier than we originally thought.

Body image expert Janet Liechty and her team interviewed 30 parents of preschoolers to explore how parents perceive the body image of two to four-year-old children. What they found was beyond interesting. While most parents said that they did nothing to influence their kid’s body image, the research team concluded that the majority of parents were routinely conveying unconscious messages about body image to their children, mostly by exhibiting their own adult-sized body issues. And in true toddler style, kids tend to mimic their parents’ attitudes. In fact, 40 percent of parents say their kid has at least one body-related behavior, like discussing weight, imitating comments about size or weight or seeking praise for their appearance or clothing.

So what can parents do to start fostering a body-positive environment from the get-go? Luckily, Liechty and team have that covered. Here are their top five tips to help raise a body-positive preschooler.

5 TIPS FOR RAISING A BODY-POSITIVE KID

1. Stop teasing and taunting. It may sound obvious, but making frequent comments about children’s physical appearance has been shown to be detrimental, says Liechty. Refrain from teasing or criticizing kids about how they look — even if it’s meant to be in good fun.

2. Be proactive about creating a safe and open space. “Without greater awareness, parents may be missing opportunities to foster body confidence and acceptance in the early years so that kids are better protected from negative body image in adolescence,” says co-author Julie Birky. Take the initiative and research as much as you can about the subject. Be open to questions and always promote discussion whenever your kiddo asks about a tough issue.

3. Affirm what your kiddo CAN do, rather than what they look like. Rather than focusing on their body or weight, affirm what your children can do. According to a recent study, this simple switch has been associated with better body image among adolescents.

4. Stop telling them that they are they are the most beautiful kid in the world. While it may sound harmless and even proactive, telling your son or daughter that they are more beautiful or cuter than other children can often times increase a child’s dissatisfaction with their body and prime the child to focus on external validation.

5. Work on your own body confidence. Children learn by example and this case is no different. Work on creating a positive relationship between you and your body. Again, try to focus on what your body can DO instead of how it looks. But most importantly, have compassion for yourself — even on the bad days.

How are you creating a body-positive home? Tweet us your tips by mentioning @BritandCo.

From Your Site Articles
Ashley Macey
Ashley Macey is a lifestyle freelance writer who loves all things fitness, wellness, and creativity. When she's not exploring her home in the Pacific Northwest with her dog Max, you'll probably find her curled up with a good book and some hot tea. Follow her daily jaunts on Twitter.
New Parents
Health
New Parents Parenting
More From Health