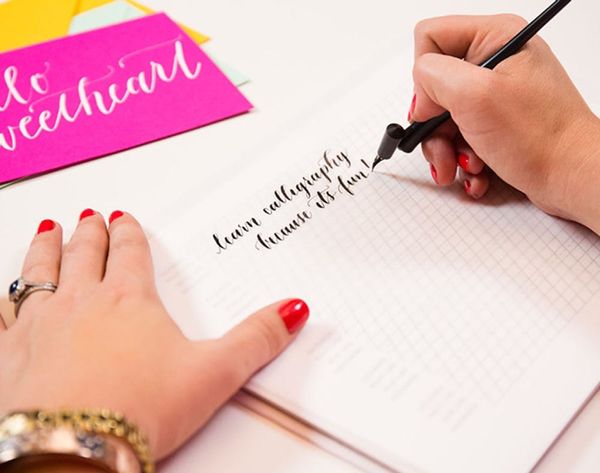 We use dozens of fonts every single day. Times New Roman for business-type stuff, Comic Sans when we want to annoy our Helvetica-only friends and even Wingdings + Webdings when we’re feeling silly. But have you ever really thought about the typographers that designed those fonts? Does their handwriting look just like their creations? Web technologist Cameron Adams wondered the same questions, so he compared the handwriting of 10 famous typographers to their most well-known typefaces. And this is what he got…

As you can tell, the resemblance between some type masters and their creations are almost uncanny. Mark Simonson, who created the Felt Tip Roman font, could’ve literally based it off of his own handwriting, it seems (maybe he did!). Erik Spiekermann, on the other hand, uses a form of half-script, half-print that couldn’t be more unlike the fonts that he designed for Nokia.

They say that our own preferences and personalities come through our work. We’ve totally seen that to be true of photographers and artists who capture scenes and objects that they are fond of or interested in, and even of the things we craft with our own DIY skills. We imagine most people don’t spend tons of time thinking about the origins of the typefaces that allow them to communicate with the world via text, email, Twitter and Facebook multiple times a day. But now we’re super interested in this little experiment. Hmm… perhaps we should all turn our handwriting into a font?

What do you think of these comparisons between font designers’ handwriting and their typefaces? Share your thoughts with us in the comments below.

Allison Hutchins
Allison, a community editor at Brit + Co, has a love for art and a passion for fashion. Her latest DIY projects and homemade objects can be found on her Etsy shop, Designs By A Renee.
Typography
Tech
Typography