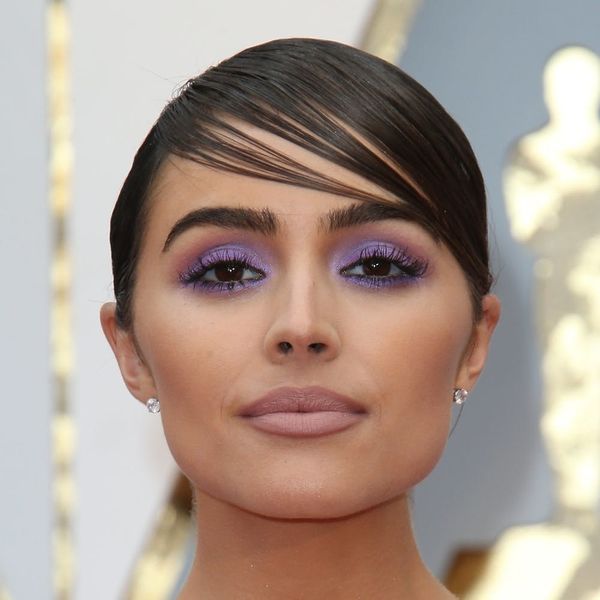 Out with the green, in with the purple. The grassy green hue that was named Pantone’s Color of the Year last year has been replaced by a fresh, springy ultra violet for 2018. From styles for your wardrobe to eye-catching makeup ideas, there are countless ways to get on board with this color. But as always, there are a slew of celebs who totally knew this hue would blow up long before we mortals. Read on to check out seven celebs who predicted the color of the year. (Photo via Getty)
Katy Perry: Perry is known for her ever-changing mane, and this tousled and textured violet ‘do was one of her best ever. She also proved she was ahead of the color trend at the Grammy Awards in 2015. (Photo via Jon Kopaloff/Getty)
Joan Smalls: Even at the 2014 Met Gala, Smalls' punchy purple lip added a pop of color to her neutral-hued outfit. She must have known this hue would blow up. (Photo via Ray Tamarra/Getty)
Hailee Steinfeld: Not only was Steinfeld ahead of the purple Pantone makeup trend at the 2017 Golden Globes, but she also got the fashion memo. (Photo via Steve Granitz/Getty)
Olivia Culpo: This dreamy wash of violet over Culpo’s lids at the 2017 Oscars is both elegant and trendy. (Photo via Dan MacMedan/Getty)
Rihanna: Purple eyeshadow, blush, and lipstick keep Rhianna’s makeup feeling fresh and looking cohesive at the 2017 Fenty Beauty launch during London Fashion Week. (Photo via Chris J. Ratcliffe/Getty)
Lupita Nyong’o: Nyong’o proves that a coordinated look can totally work. Her shimmery shadow pairs well with the various shades of purple in her dress at the 2015 Golden Globes. (Photo via Steve Granitz/Getty)
Kelly Osbourne: Poofy and polished, Osbourne’s lavender locks were the epitome of a fancy short hairstyle at the 2015 Golden Globes. (Photo via George Pimentel/Getty)