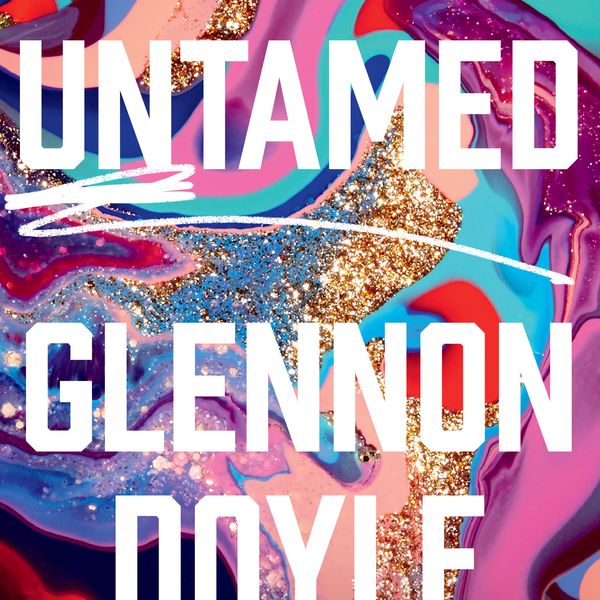 Imagine a world in which everyone found their calling and lived their highest potential. Pretty great, right? Activist, philanthropist, and New York Times bestselling author Glennon Doyle has set an empowering path for all of us to let go of all those societal expectations and pressures — the ones we've been conditioned to believe since we were little girls — and embrace our most authentic selves.

In this week's Teach Me Something New! podcast, Brit Morin and Anjelika Temple chat with Doyle about her latest memoir, Untamed, which is a phenomenon in its own right. Get ready to feel empowered. Here are a few of our favorite lessons learned about finding your superpower in life:

Listen to Your Envy: "Envy is the feeling that we're all supposed to pretend we don't have, except we have it all the time," says Doyle. So we find ways to deflect that envy rather than really experience what we're feeling fully and understand why we're feeling it. "If somebody handed me a book that was written by a woman and it was beautiful writing, I would not read it. It was so painful to me," says Doyle. "And I think the reason that it was painful is because there was a part of me that knew that a braver, healthier version of me could do that, and I wasn't doing it. There is nothing more painful than watching somebody do what you know you were made to do." Of course, your envy might be about something else, but trying to understand where it's coming from could lead you to where you should be and then reaching for that goal with more intention.

Embrace the Stillness: This new slowness resulting from COVID-related shutdowns has many of us uncomfortable with how to be without the busy pace of "normal" life. But this forced stillness, says Doyle, is the only way growth ever happens. "The only people who are living authentically and truly are people who allow the snow to settle and deal with what they can see in the center of their lives and their relationships, and their communities, and their work, and the world. So I think there's great opportunity in this forced stillness."

Own Your Anger: Women have been shamed over time out of being angry or showing any kind of emotion. We constantly have to keep our cool at home and at work. "We think we have to be machines now. And that whenever we bring our emotion to the table, that that is a sign of weakness," says Doyle. Part of rejecting that notion means reclaiming the angry woman. "There's only two types of women that I respect in the world right now. And that is angry women and women who are in a coma. If you're not angry, you better show me that you have just woken up from a coma."

Tune into Teach Me Something New! for more amazing gems from Doyle, including how to *not* to let having kids keep you from finding your purpose and following your dreams.
Theresa Gonzalez