The Internet Is at War Over the Color of These Sneakers 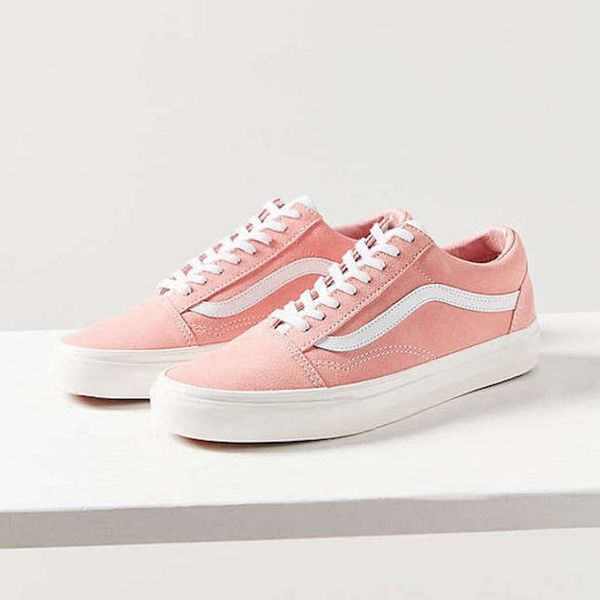 Our lives changed forever back in 2015 with the viral sensation of “the dress.” You know the one: The black and blue (we’re still skeptical!) lace bodycon frock that confused the hell out of the internet and even inspired Halloween costumes. Now, there’s a 2017 debate that’s tearing apart the interwebs, and it involves a pair of Vans sneakers.

Oh ffs. I started seeing mint & grey and now I see pink & white and now I'm stressed and I hate everything and everyone. SCREW YOU TRAINERS! pic.twitter.com/yyO0AzIx5b

Facebook user Nicole Coulthard posted a photo of the shoes in question to a closed Facebook group called Girlsmouth after her friend bought them and sent a photo of her new purchase to her mom. The girl’s mother replied to say that “blue suited her,” Coulthard told Metro. “She texted back saying they are pink, mum, but when she looked at the pic, she saw blue too.”

While the girl’s mother is certainly not alone in seeing teal and gray in the photo, as the 1,000s of comments in the group indicate, the shoes are actually… wait for it… pink and white. As shown on Urban Outfitters’ website in “peach,” the Vans Retro Old Skool Sneakers ($60) have no blue or gray in them at all.

As Pantone explained back in the day, the “Light receptors within the eye transmit messages to the brain, which produces the familiar sensations of color. Newton observed that color is not inherent in objects. Rather, the surface of an object reflects some colors and absorbs all the others. We perceive only the reflected colors.” And so, if you’re seeing the blue and gray, those are just your brain’s perception of what’s being reflected.

THE REAL SHOE IS PINK & WHITE OKAY⁉️
The second pic was with flash & darkened, so it looks teal & gray. (depends on what lighting ur in) pic.twitter.com/FlbO3OEEuC

With the battle raging on on social media, Twitter user @dolansmalik helped to clear things up by tonally correcting the image. Welp, guess that settles it!

Do you see teal and gray or pink and white? Cast your vote over @BritandCo.

Nicole Briese
Nicole is the weekend editor for Brit + Co who loves bringing you all the latest buzz. When she's not busy typing away into the wee hours, you can usually find her canoodling with her fur babies, rooting around in a bookstore, or rocking out at a concert of some sort (Guns N' Roses forever!). Check out all her latest musings and past work at nicolebjean.com.
Color
Style News
Color Shoes sneakers