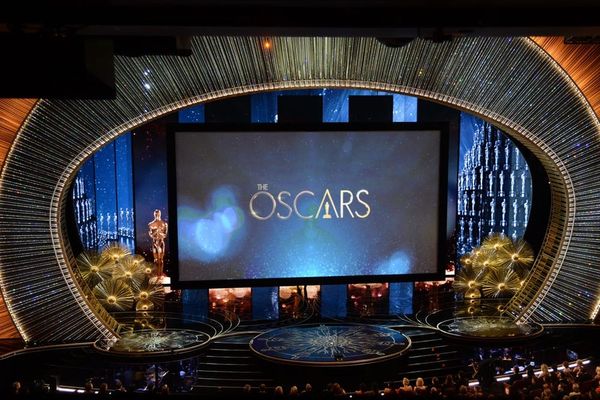 Welcome to Brit + Co’s Weekly Entertainment Planner! Each Monday, we highlight one thing we’re excited about in six categories — movies, TV, music, streaming services, podcasts, and a bonus pick from all of the above — to help you navigate your week in watching and listening. Check out our picks for the week of February 18 to 24 below. Your eyes and your ears will thank us!

Fighting With My Family (February 22): This offbeat family dramedy is based on the true story of the rise of WWE wrestler Saraya Knight, AKA Paige (played by Florence Pugh). Dwayne “The Rock” Johnson plays himself in the heartwarming film, which was written and directed by The Office (UK)’s Stephen Merchant. Check it out in theaters on Friday, February 22. (Photo via Robert Viglasky/Metro Goldwyn Mayer Pictures)

91st Academy Awards (February 24): Hollywood’s biggest night is finally here, signaling the end of awards season. The telecast will forge ahead hostless this year for the first time in 30 years, and there’s a chance that several of the nominees could make history. Watch it all go down on Sunday, February 24, at 8pm ET/5pm PT on ABC. (Photo via Kevin Winter/Getty Images)

Paddleton (February 22): You might not have thought you needed a tender bromance movie starring Mark Duplass and Ray Romano in your life, and frankly neither did we. But we’re all in on this flick, in which Duplass’ character is diagnosed with terminal cancer and the two neighbors form a deep friendship. Just make sure to have some tissues handy. Paddleton arrives on Netflix on Friday, February 22. (Photo via Patrick Wymore/Netflix)

Dreamfinders: If you’re obsessed with all things Disney and planning your next trip to one of its parks, this is the podcast for you. Every other week, host Nathan Hartman sits down with the Imagineers who dream up and build the parks, actors, dancers, and more, who’ve been inspired to lend their talents to making magic happen for thousands and thousands of people a day. You can listen online, or subscribe wherever you get your podcasts.

Cardi B & Bruno Mars, “Please Me” (February 15): Following the success of their collaboration on “Finesse,” Cardi B and Bruno Mars have teamed back up for the ’90s R&B-tinged “Please Me.” Listen to the duet online, or wherever you get your music. (Photo via Kevin Winter/Getty Images for NARAS)

Angie Thomas, On the Come Up: The author of the number-one New York Times bestselling The Hate U Give returns with her second novel, the story of a 16-year-old aspiring rapper who finds herself grappling with inequalities as she fights through discrimination and a media firestorm to achieve her dreams.