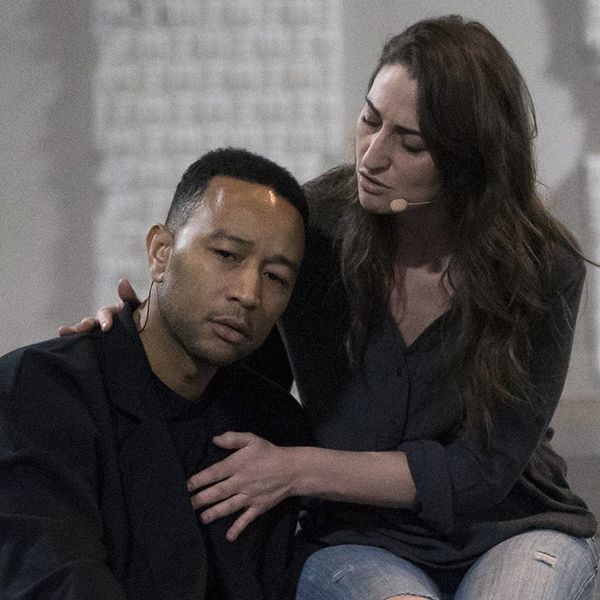 Welcome to Brit + Co’s Weekly Entertainment Planner! Each Monday, we highlight one thing we’re excited about in six categories — movies, TV, music, streaming services, podcasts, and a bonus pick from all of the above — to help you navigate your week in watching and listening. Check out our picks for the week of March 26 to April 1 below. Your eyes and your ears will thank us!

Ready Player One (Thursday, March 29): It’s the year 2045, and teenager Wade Watts (Tye Sheridan) and the majority of the rest of humanity spend most of their time escaping society’s ills in the VR world of OASIS. When the fantasy world’s creator promises his fortune to whoever can find a hidden easter egg in OASIS, a fierce competition breaks out and takes the world by storm. Director Steven Spielberg’s fun, colorful take on Ernest Cline’s bestseller of the same name looks both futuristic and nostalgic and should be a fun watch. (Photo via Jaap Buitendijk/Warner Bros. Pictures)

Jesus Christ Superstar Live In Concert (Sunday, April 1): NBC’s latest live musical is a remake of Andrew Lloyd Webber and Tim Rice’s classic Broadway rock opera, starring John Legend as Jesus, Alice Cooper as King Herod, and Sara Bareilles as Mary Magdalene. The brief clip we’ve seen to date shows Bareilles’ rendition of “I Don’t Know How to Love Him” — complete with a full choir backing her up — and all but guarantees that it’ll be as entertaining as the network’s previous live renditions of Hairspray, The Sound of Music, Peter Pan, and more. Watch Jesus Christ Superstar live on Easter Sunday, April 1, on NBC. (Photo via Virginia Sherwood/NBC/NBCU Photo Bank via Getty Images)

First Match (March 30): Netflix’s latest original movie is a coming-of-age drama about Monique (played by newcomer and future star Elvire Emanuelle), a Brooklyn teenager who, after years in the foster care system, makes a move into boys’ wrestling in order to pursue the athletic career that she sees as her way to a better life — and back to her estranged father. (Photo via Netflix)

Unmasking a Killer: Your latest true-crime obsession comes from HLN, who have turned their Unmasking a Killer TV show into a podcast that follows the mystery of California’s most prolific serial murderer — the Golden State Killer. As a supplementary bonus, the book I’ll Be Gone in the Dark: One Woman’s Obsessive Search for the Golden State Killer, by late crime writer Michelle McNamara, was released last month, so there’s plenty of material to feed your curiosity.

Shawn Mendes returns: Canadian pop sensation Shawn Mendes released not one, but TWO new singles this week, to the glee of the Mendes Army (and also to us). “In My Blood” is closer to an arena-sized anthem than anything he’s previously done, and “Lost In Japan” makes a quick switch from a piano track to lock into a solid groove. Mendes’ yet-to-be-titled third album is due out this year, so these should hold fans over for now. (Photo via Noam Galai/Getty Images)

Acrimony (March 30): Director Tyler Perry takes a dark turn into drama, with his psychological thriller starring Taraji P. Henson as a wife who decides to get revenge on her ex-husband. (Photo via Lionsgate Entertainment)

What are you watching or listening to this week? Tell us @BritandCo!