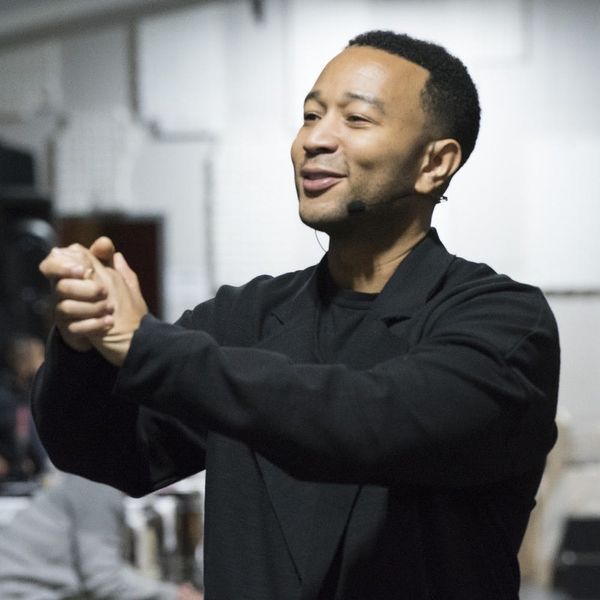 Talk about Heaven on Earth! NBC just released a behind-the-scenes featurette for Jesus Christ Superstar Live in Concert, which gives us a glimpse at the show’s star, John Legend, and the rest of the cast and crew getting ready to bring us this highly anticipated take on the Broadway musical.

“What an incredible honor to be cast as Jesus, but also to be part of this production,” Legend says in the sneak peek shared on Wednesday. “I’ve been familiar with Jesus Christ Superstar the show since I was a teenager in high school. We sang some of the songs in show choir.” He added, “The power of this production is that it talks about the human emotions that Jesus quite likely felt as he was about to be killed.”

Alice Cooper, who will appear as King Herod, took some time to share his feelings about the production and its star, too, saying, “John is the perfect cast for Jesus because he has this ethereal quality to him.”

We also get a look at Sara Bareilles as Mary Magdalene (performing the stunning “I Don’t Know How to Love Him”) and Brandon Victor Dixon as Judas. There’s even a cameo by Andrew Lloyd Webber, who, along with Tim Rice, wrote the music and lyrics for the production, which was first performed on Broadway in 1971.

NBC’s version of the musical — which tells the story of Jesus’ last days from the perspective of Judas, Jesus’ disciple and betrayer — will be performed in front of an audience at the Marcy Armory in Brooklyn, New York. “It’s a Broadway show, it’s a concert, it’s a television show, it’s kind of the best of all of these worlds,” Dixon says.

Will you be rocking out with Jesus Christ Superstar Live in Concert on Easter Sunday? Let us know @BritandCo!