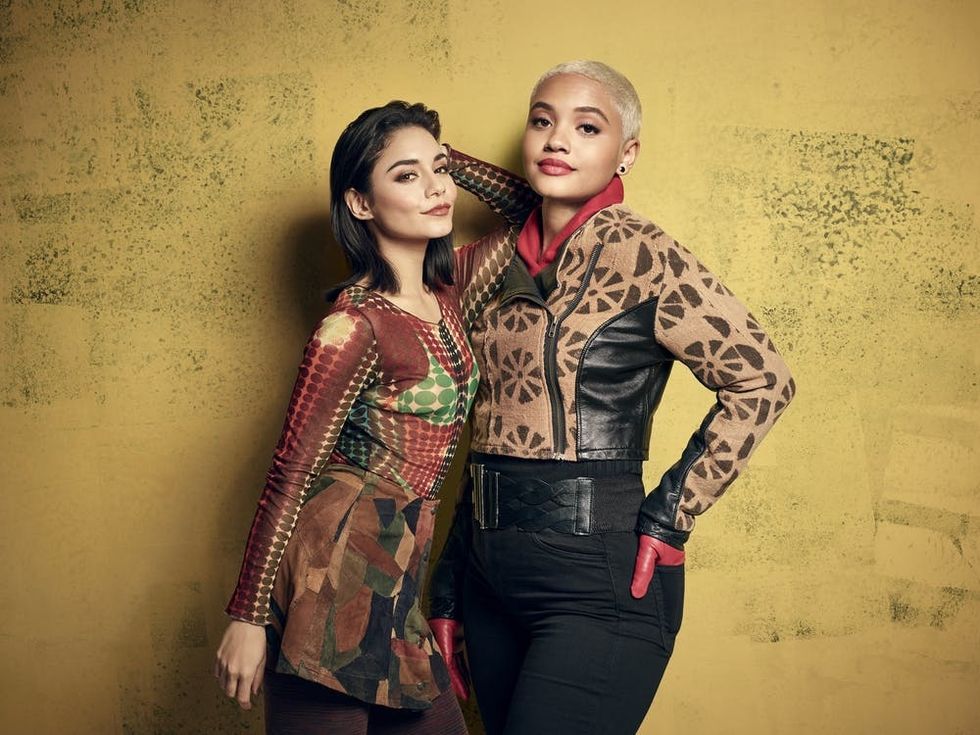 Welcome to Brit + Co’s Weekly Entertainment Planner! Each Monday, we highlight one thing we’re excited about in six categories — movies, TV, music, streaming services, podcasts, and a bonus pick from all of the above — to help you navigate your week in watching and listening. Check out our picks for the week of January 21 to 27 below. Your eyes and your ears will thank us!

Serenity (January 25): January is typically a quiet time for major movie releases, so this mysterious new drama starring Anne Hathaway and Matthew McConaughey as ex-spouses reunited for dark reasons is a welcome sight to our theater-missing eyes. Check out Serenity when it opens on Friday, January 25. (Photo via Graham Bartholomew/Aviron Pictures)

Unbreakable Kimmy Schmidt, Season 4, Part 2 (January 25): This is it: the final episodes. The second half of season 4 will pick up where the first half left off — with Kimmy (Ellie Kemper), Titus (Tituss Burgess), Lillian (Carol Kane), and Jacqueline (Jane Krakowski) under secret surveillance by a mysterious man. While we’ll continue to cross our fingers for that potential Kimmy Schmidt movie, we’re looking forward to seeing how the story lines of the characters we’ve come to love get wrapped up. Watch Unbreakable Kimmy Schmidt season 4, part 2, when it arrives on Netflix on Friday, January 25. (Photo via Eric Liebowitz/Netflix)

Pratt Cast:The Hills star Stephanie Pratt teams up with Bachelor Nation’s Wells Adams for a new podcast promising behind-the-scenes TV drama, personal info about their lives, and more. The first episode features Stephanie’s brother (and fellow Hills star) Spencer Pratt as he dishes some secrets about the upcoming reboot of his hit MTV reality show — and professes his love for The Bachelor to Adams. Listen to Pratt Cast online, or subscribe wherever you get your podcasts.

Backstreet Boys, DNA (January 25): The Backstreet Boys are back with their ninth studio album, their first since 2013’s In a World Like This, which itself was the first to feature all five original members (Kevin Richardson, Nick Carter, A.J. McLean, Brian Littrell, and Howie Dorough) since 2006. Early singles from the album have shown a familiar yet more mature sound — as well as a hint of some country influence here and there — and the Boys will support the album with an expansive world tour throughout 2019. We’re here for it! Check out DNA when it’s available on Friday, January 25. (Photo via Michael Loccisano/Getty Images)

Broad City, Season 5 (January 24): It’s the beginning of the end for another beloved show this week, as Broad City premieres its fifth and final season on Comedy Central. The show’s stars, Abbi Jacobson and Ilana Glazer, admitted to having wept while filming the series finale, so you know we’re in for an emotional rollercoaster. Watch the fifth and final season premiere on Thursday, January 24, at 10pm ET/PT. (Photo via Comedy Central)