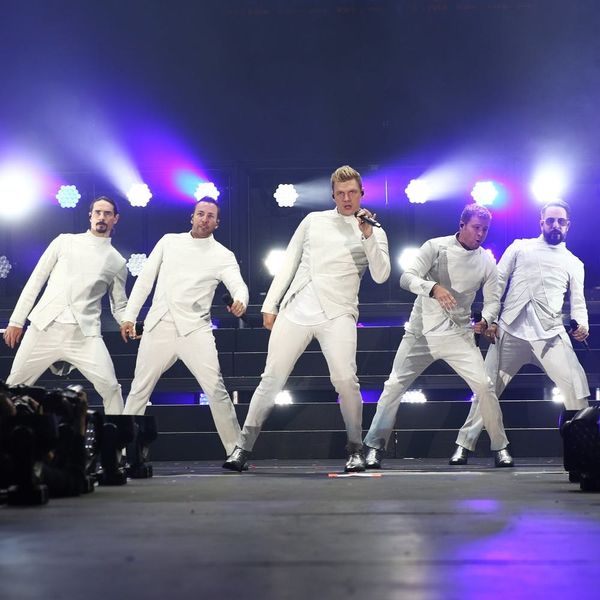 As promised, Backstreet is finally back! On Thursday, the Backstreet Boys released their first new single in five years, “Don’t Go Breaking My Heart,” along with a music video that will give you major late-’90s nostalgia.

The video is as futuristic-looking as the synth-laden song, produced by Jamie Hartman and Stuart Crichton, sounds — but the choreography is classic BSB. We get slow-mo silhouettes, synchronized hand gestures, and even a classic shoulder shimmy.

In that way, the video is reminiscent of some of the more classic clips from the group’s oeuvre, including the iconic “I Want It That Way.” Recently, Nick Carter admitted that the group never liked the 1999 video, because they felt like “it wasn’t the greatest music video.” Let’s hope they look back on “Don’t Go Breaking My Heart” more fondly.

Three weeks ago, BSB teased fans with a snippet of the new single on social media, showing group member Kevin Richardson playing what we now know as the song’s opening notes on piano. It’s an exciting return for the group: While they haven’t disappeared from the public eye, this song marks the first new music from the group since their 2013 album In a World Like This, which was the first to feature all five original members — Richardson, Nick Carter, A.J. McLean, Brian Littrell, and Howie Dorough — since 2006.

So far, no word on a full-length follow up has been released, but you know we’ll be keeping our eyes peeled.

What do you think of the new Backstreet Boys single? Let us know @BritandCo!