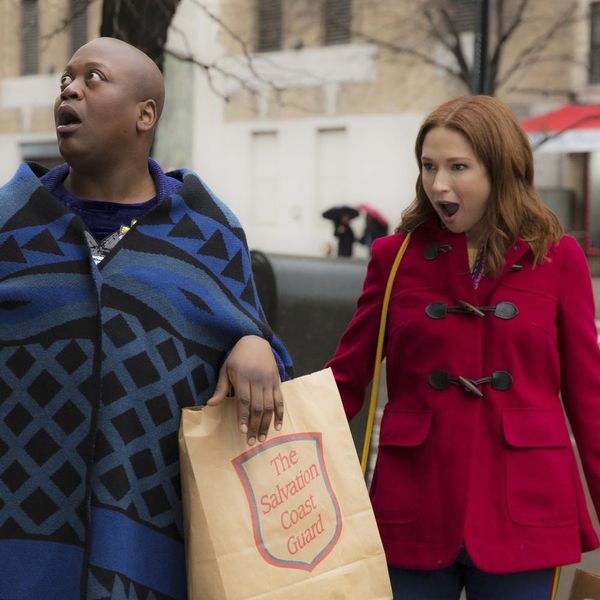 Unbreakable Kimmy Schmidt‘s fourth season, which premieres on Netflix on May 30, might be its last. Deadline reports that the show will end after part two of the upcoming season, but that its creators have a pretty special finale in the works.

According to the report, talks are underway to conclude the series with a movie. The feature-length finale would reportedly be written by the show’s co-creators, Tina Fey and Robert Carlock, once the current season wraps production. Neither Netflix nor Universal has commented, but the reason for the show’s end is said to be an organic one. According to Deadline, everyone involved felt it was just time.

Netflix previously announced that season 4 would air in two parts, with the first six episodes being made available on May 30, and the remaining episodes coming at a later date. Series star Jane Krakowski told the Today show at the time that the series was split in an attempt to get the episodes up faster. “We’re going to shoot ’em and get them out as quickly as possible so we don’t have to make our fans wait so long,” she said.

The first look at Kimmy Schmidt‘s fourth season, released earlier this week, shows our heroine starting her new job as the HR manager of tech startup Giztoob. Kimmy (Ellie Kemper) soon finds that her sunny disposition might be a mismatch for the world of business, as her first task is to fire someone.

Check out the trailer for Unbreakable Kimmy Schmidt season 4 below, and tune into the first six episodes on Netflix starting May 30.

Will you be sad to see Unbreakable Kimmy Schmidt end? Let us know @BritandCo.