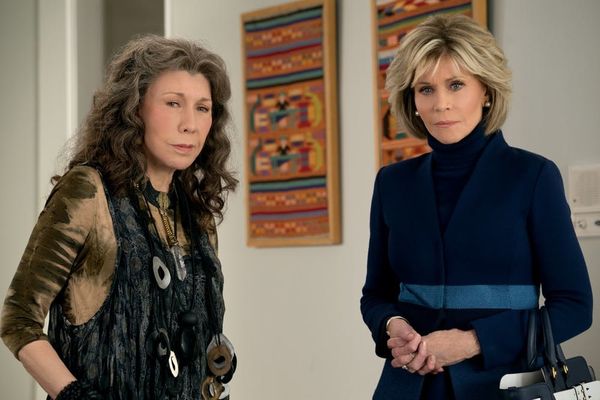 Welcome to Brit + Co’s Weekly Entertainment Planner! Each Monday, we highlight one thing we’re excited about in six categories — movies, TV, music, streaming services, podcasts, and a bonus pick from all of the above — to help you navigate your week in watching and listening. Check out our picks for the week of January 14 to 20 below. Your eyes and your ears will thank us!

Glass (January 18): M. Night Shyamalan’s latest film is a sequel to 2000’s Unbreakable and 2016’s Split, and it looks every bit as strange and unpredictable as we’ve come to expect from the director. Bruce Willis and Samuel L. Jackson reprise their roles as David Dunn and Elijah Price from Unbreakable, while James McAvoy and Anya Taylor-Joy join as Kevin Wendell Crumb and Casey Cooke from Split. This time around, Jackson’s character — AKA Mr. Glass — emerges as a shadowy orchestrator holding secrets over David’s and Kevin’s heads. (Photo via Universal Pictures)

Midseason/Winter TV Kickoff: The winter TV season kicks off in earnest this week, and there are too many returning favorites and excellent-looking new shows premiering to pick just one. So, in the interest of spreading the love, we’re sharing a handful of TV shows we think you’ll love this week. If you’re looking for a brand-new series, check out To All the Boys I’ve Loved Before‘s Lana Condor in the Deadly Class premiere (Syfy, January 16); Roswell, New Mexico (The CW, January 15); and/or The Passage (Fox, January 14). But don’t forget about the return of This Is Us season 3 (NBC, January 15), Grey’s Anatomy season 15 (ABC, January 17), and A Million Little Things(ABC, on its new day, January 17). (Photo via Eliza Morse/Fox)

Grace and Frankie, Season 5 (January 18): Grace and Frankie’s lives are anything but calm in season 5. After leaving their assisted living community at the end of season 4, the women must now attempt to keep their beloved beach house, which has been sold. The women are definitely up for the fight, though, with Frankie telling her concerned children in the first trailer, “I’m acting like a grown woman who is finally living by her own rules.” (Photo via Netflix)

The Purrcast: Yes, this is a podcast about cats. Hosts Sara Iyer and Steven Ray Morris share stories about rescuing cats, rehabilitating cats, and simply living loving lives with their furry friends. The show is now part of the Exactly Right podcast network, which is the new venture from My Favorite Murder hosts Georgia Hardstark and Karen Kilgariff. Listen here, or subscribe wherever you get your podcasts online.

The Weeknd and Gesaffelstein, “Lost In Fire”: The Weeknd is hyping up his next album, as of now seemingly called Chapter 6, and has released a new song with French producer and previous collaborator Gesaffelstein. The song is already turning some heads, with one line — “And I just want a baby with the right one, ’cause I would never be the one to hide one” — sparking rumors that the Toronto singer is referring to his longtime friend and collaborator Drake. Either way, the song is a catchy and moody winter track that you can check out here. (Photo via Phil Walter/Getty Images)

Carmen Sandiego (January 18):Jane the Virgin star Gina Rodriguez voices world-renowned criminal Carmen Sandiego in this animated reboot of the ’90s kids’ game show. The new series arrives as a two-part, 20-episode show that is said to delve into Carmen’s mysterious past, as well as her current heist artist life. Rodriguez is also set to star in a Netflix live-action Carmen Sandiego later in 2019. (Photo via Netflix)