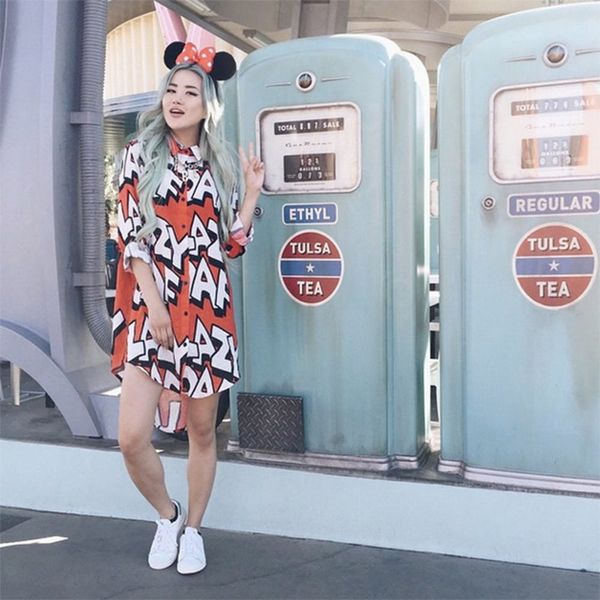 Mermaiding, testing beds and feeling people’s faces — believe it or not, there are folks out there who do these things for a living. So if you’re sick of your job, realize that there’s a world of opportunity out there. Here’s a rundown of seven awesomely weird jobs that people actually get paid to do.

Traditional advertising is waning. Companies are re-directing their advertising budgets into the pockets of social media influencers. These folks are Instagram micro-celebrities and get paid to feature products on their feed. They come from all sorts of niches, from food to fashion to tech. The one thing they seem to all have in common though? They can take a damn good photo. (Photo via @feralcreature)

In recent years, a slew of snuggling businesses have popped up around the world. The Snuggle Buddies, for example, have locations all over the country. How it works: You cuddle with strangers and get paid up to $60 an hour. The profession has been met with controversy, but snugglers are adamant that the sessions are completely safe and platonic. It’s easy money considering that all you do is lie there and do absolutely nothing.

Hotel chains have been known to hire testers to test out their beds. Testers also check the lightning in rooms and make sure all the pillows and mattresses are up to hotel standards. It’s a sweet job, and the pay isn’t bad either. Travelodge’s “Director of Sleep” gets paid nearly $90,000.

Mermaiding has been around since the early 20th century. Actors dress up in mermaid tails and do everything from perform in aquarium tanks to swim in oceans for photo shoots. At Weeki Wachee Springs State Park in Florida, performers wear 15-pound tails and undergo rigorous training for three to six months for a single part.

Can you feel the difference between baby oil and Vaseline? Also known as sensory scientists, these folks touch people’s face to see how a product, like lotion or razors, affects the skin. The job requires acute sensitivity and the ability to detect changes in the skin. Most of these companies, like Fore Sense Plus One, are focused on consumer research.

If you’re a fan of luxury and anonymity, this might be the job for you. The Michelin guide has been issuing a star system since 1926, in where anonymous inspectors determine the ratings. It’s known throughout the world for its reputation for its consistency and refusal to take payment for write-ups. There are 120 of these folks worldwide, and their job is to eat around 250 meals per year, spend 160 nights in hotels and write about it. Not too shabby.

Yes, this exists as a paid position. The job description: smell armpits, breath, feet and cat litter. Judges have to rank the smell from a scale of one to ten and are required to detect hundreds of smells. It’s not just nasty odors, though. Many perfume companies employ scent scientists to hone in on what smells good. The salary ranges from $19,000 to $52,000 a year.

Pet food tasters try pet food and evaluate the nutritional content of the treats. After all, someone has to make sure the family dog isn’t eating gross food. Tasters check for flavor and smell, and they have to be attuned to what pets like. It pays well too — an experienced professional draws up to $75,000 a year. Look for openings at pet food manufacturers.

Know of any other weird jobs out there? Let us know in the comments below!

Clarissa Wei
Clarissa Wei is a Los Angeles-based writer who knows a lot about Asian food and the hidden gems of her city. She lives in the San Gabriel Valley, and you can find her making dumplings from scratch or hiking the local mountains.
Home News