What the ‘Brexit’ Means for Your Next International Vacation 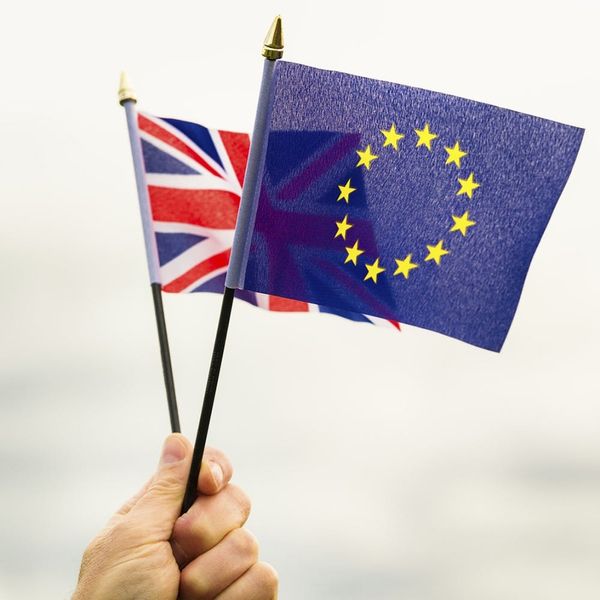 Today is a historic day in the United Kingdom. The country’s citizens took to voting polls yesterday and officially decided to leave the EU. The decision is being referred to as both the EU Referendum and the “Brexit” (Britain + exit). There were some solid arguments for both sides, but since the UK has officially decided to secede from the 27 other European countries in the union, it could mean a few notable changes are in store for tourists. But first things first: Let’s start with a little bit of background.

In laymen’s terms: The EU is a union formed between 28 countries in Europe. The initial union was formed in 1951 to facilitate trade and help restrengthen the continent after World War II. Britain tried to join in both 1963 and ’67 but was denied both times. Finally, in 1973 they were allowed in.

The EU has its own parliament with reps from each country where they decide together on everything from environment to transport to mobile phone charges. Two major perks of being in the union are a) easy trade within Europe and b) citizens residing in the EU can move around to other countries without any visa requirements. If you’ve been on a Euro backpacking trip, this is why you didn’t have to go through customs every time you moved into a different country. In a way, the EU works somewhat similarly to how state governments operate within the federal government here in the US.

British citizens 18 and older voted on whether or not they wanted to leave or stay. British citizens abroad who have registered to vote in the last 15 years were also eligible to vote, as are citizens of Ireland and the Commonwealth (which includes Australia, Canada, India and South Africa) living in the UK. The votes were tallied in the simplest of formats: Everyone got one vote. In the end, “Vote Remain” came in at 48 percent and “Vote Leave” came in at 51 percent.

What were the arguments?

Why people want to leave: Members of the “Leave” camp argued that the European Union has changed too much in the time Britain has been involved. They say these changes have diminished British influence within the union. Border patrol also plays a major factor. This group wants more control over who comes and who goes. As mentioned before, there is a “free movement” clause for people in the EU, which means citizens belonging to these countries can move from country to country without the hassle of acquiring visas.

Why people want to stay: The “remain” camp believes that staying in the EU does a lot to keep the small island relevant when it comes to big foreign policy decisions. Additionally, leaving could be costly and make trading with the rest of Europe more expensive and complicated.

What does all this mean for US citizens and travelers?

Now that the UK has officially decided to leave the EU, it could make things a bit more complicated for US citizens when traveling to and from the popular destination. However, there will also be one major bonus for Americans.

1. The UK’s currency is at a 30-year-low. The world feared that the Brexit would result in a huge dip in the GBP (the British Pound), and it has. Currently, the pound is valued at 1.37 GBP to the dollar. That’s almost 20 cents lower than yesterday. While that’s definitely not a good thing in the grand scheme of things, it does mean that those traveling to the UK in the near future will get a super low exchange rate.

2. Flights from the UK to Europe could become expensive. The Telegraph’s consumer editor Nick Trend explained before the vote, “If Britain was no longer part of the EU, new air service agreements might have to be negotiated, competition could be reduced and fares could rise again.”

3. Customs lines will be a nightmare. Customs lines are never really a good time. But at London’s main airport, London Heathrow, the wait time for US citizens is shortened slightly as everyone from the EU enters through a totally different line. Now that the UK has chosen to leave the EU, everyone may come in through the same line, which would undoubtedly make for a much longer wait time.

4. Getting your phone to work could be extra complicated. Figuring out how to get data and not go broke while in Europe is already complicated, but if the UK had remained, it might not have been so bad in the near future. There are plans to streamline roaming charges within the EU by April of 2017. For international visitors, that basically would mean you could get one European SIM card and be good for the whole trip. However, now that the UK decided to leave the EU, you might have to figure out something else during your time in Britain.