As Umpires Threaten to Boycott Serena Williams, it’s Time to Stop Downplaying the Role of Racism 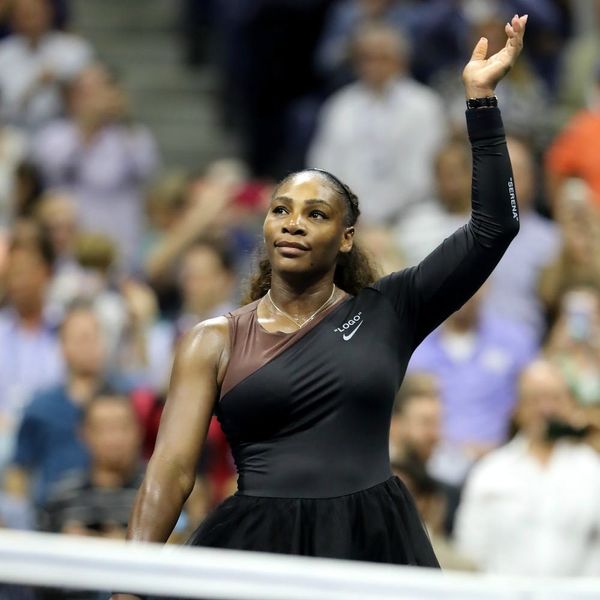 The Times of London is reporting that professional tennis umpires have threatened to boycott officiating Serena Williams’ future matches after she accused sitting officiant Carlos Ramos of “stealing” her points in the US Open. One of the umpires’ bones of contention, supposedly, is that The Women’s Tennis Association (WTA) and United States Tennis Association (USTA) have backed Williams’ claims of sexism in Ramos’ docking the tennis star of two points, which may have cost her the final against Naomi Osaka.

And while it may seem at first glance like a cut-and-dried case of sexism, which Williams herself has implied, conversations about Williams’ treatment at the 2018 US Open have as much (or more) to do with the color of her skin.

BBC News set out to end the sexism debate early on Wednesday by aggregating data that seems to suggest that Williams’ treatment was not sexist — women playing the four 2018 tennis Grand Slams had slightly fewer deductions, on average, than their male counterparts. But race was not taken into account in this calculus. It should have been.

Williams, like Arthur Ashe and other Black tennis players before her, has endured an uphill battle by virtue of simply playing a sport which was segregated for centuries and considered a white nobleman’s game.  In fact, there have only been 28 Black men and 35 Black women to play tennis at an elite level, ever.

While Williams’ star rose, so did racist attacks against her. She’s been booed. She’s been called the N-word. She and her sister, Venus were called “The Williams Brothers” because of their powerful physiques and prowess on the court, and more. All along, Serena has been the target of messaging that she isn’t welcome in the sport she dominates. We cannot ignore the role of racism.

What Williams said to Ramos at the US Open, “thief,” was innocuous compared to what many of her white counterparts have said to him and other umpires in the past. She didn’t threaten, and she didn’t curse. But the argument is not about whether what she said was or wasn’t right: it’s about the repercussions she incurred, which included a $17,000 fine in addition to the two-point deduction.

Videos of white tennis players berating umpires, smashing multiple rackets, threatening officials, and even hitting umpires with balls can easily be found online. There doesn’t seem to be any instance of mass-boycott to result from those players’ actions.

Consider the privilege of white tennis players like John McEnroe (who sides with Williams), whose abhorrent on-court behavior became an almost beloved signature in professional tennis. Compare that with the experience of Williams, arguably the best living tennis player on earth, who in 2018 must still face racist cartoons that depict her physique and features styled in the way Black people were drawn during the height of the Jim Crow era.

Depictions of Osaka after her defeat of Williams also reinforce anti-Black stereotypes. Though Osaka is both Japanese and Haitian, is very obviously biracial, and grew up in Florida, she tends to be described simply as “Japanese.” In the high-profile, racist cartoon that emerged after the US Open, Osaka wasn’t even depicted at all — a nondescript blonde player was drawn in her place. Erasing Osaka’s own Blackness serves to further isolate Williams as an aggressive outlier in her sport, and advances the racist trope of the violent, angry Black woman.

With the umpires threatening to boycott Williams’ future games, they are saying that although most (if not all) professional tennis players have had similar outbursts on the court, it’s particularly the outbursts of the greatest tennis player of all time — a Black woman — that are so damaging to their profession.

Kat Armstrong
Kat has been a writer, social media maven and mom for longer than she's willing to admit. She's also spent time in front of and behind the camera, interviewing celebs, politicians and acting as a producer for fashion and artistic photography shoots. When she isn't writing for various orgs and publications, she's hanging with her kids, husband and French Bulldog, Peter, in Toronto, Canada.
Controversy
Current Events
Controversy Inclusivity