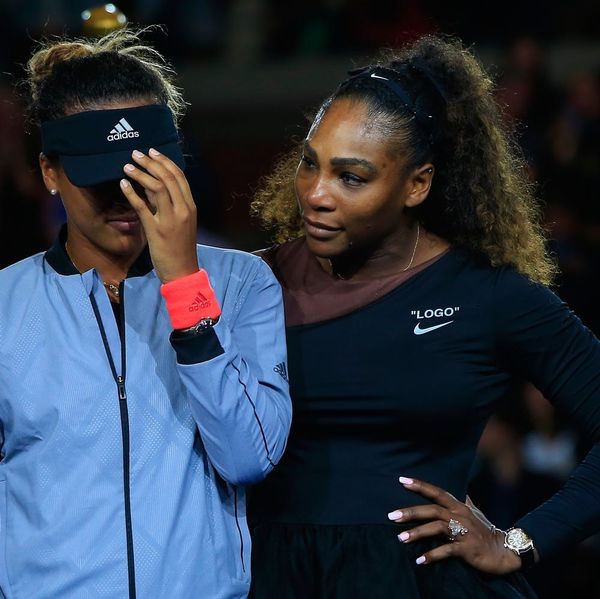 One of the most hotly anticipated tennis slams of the year, the US Open, has come to a close. The women’s final game between legendary superstar Serena Williams and 20-year-old Japanese pro Naomi Osaka met an upsetting end on Saturday, despite excellent play from both women. After Williams yelled at the umpire over what she felt was a bad call, Williams was penalized with a point loss that forced a win for Osaka.

Williams was penalized a game after she called the umpire a “thief” following a point penalty for breaking her racket in anger after losing a game. Earlier in the match, Williams had also been given a warning for being coached during the game and demanded an apology from the ump for what she felt was an implication that she had been cheating. On top of the potentially match-altering penalties she was issued, Williams is also being charged $17,000.

Immediately, fans had a strong reaction to Williams, one of the best athletes in the world, getting docked points over an understandable display of emotion in a high-pressure situation. (Boos emanated from the crowd after Osaka’s win, which at one moment prompted an upset but empathetic Williams to reassure her tearful young opponent.) Many fans and observers have also argued that the calls against Williams were both racist and sexist.

In a press conference where she fought back tears, Williams said of the game’s result: “You definitely can’t go back in time, but I can’t sit here and say I wouldn’t say he’s a thief because I thought he took a game from me. But I’ve seen other men call other umpires several things.”

Williams, of course, is right. And one Twitter user did a small bit of research and found that in fact, several male athletes have had strong words for this same umpire, with no backlash.

Djokovic Gets Into Argument With Same Umpire Carlos Ramos at French Open, multiple violations did not result in docked point or game. https://t.co/qkZv2SNE7O

Stephanie Tinsley, who works in public relations and is a fan of tennis, according to her Twitter bio, tweeted a video from a 2017 when male tennis player Novak Djokovic shared strong words with the same umpire, Carlos Ramos, and was not punished for it. Tinsley made a short thread with times that male tennis players have mouthed off to Ramos and not seen so much as a point taken away.

Male tennis players piped up on Twitter to say they’d said “worse” to umpires and judges during matches without being penalized. “I’ve regrettably said worse and I’ve never gotten a game penalty,” Andy Roddick tweeted on Sunday night. James Blake added his two cents as well, tweeting: “I will admit I have said worse and not gotten penalized. And I’ve also been given a ‘soft warning’ by the ump where they tell you knock it off or I will have to give you a violation. He should have at least given her that courtesy. Sad to mar a well-played final that way.”

Further, Tinsley dug up several instances where (white) women tennis players have had meltdowns during matches but didn’t see any punishment. Tinsley’s handful of tweets (which went viral soon after she posted them) point to a pattern of mistreatment against Serena Williams, even though she is the sport’s premier athlete.

Further outrage was stoked when Australian cartoonist Mark Knight published a racist drawing of Williams at the match for the Herald Sun. An umpire can be seen off to the side telling a small, blonde player — not Osaka — “Can’t you just let her win?”

Actor, writer, and director Reagan Gomez noted in a tweet that the cartoon is a prime example of “misogynoir” — a word for the way that anti-Black racism often affects and enhances the way Black women experience sexism. The cartoon depicts Williams jumping in the air in a temper tantrum, and drawn with exaggerated facial and body features. Not coincidentally, Dictionary.com tweeted on Monday that searches for the word “misogynoir” have “climbed” since yesterday.

It’s not just about sexism. The other player (not Naomi???) isn’t drawn the way Serena is. You know why. Anyone who tells you this isn’t misogynoir is gaslighting you. Don’t allow them to. https://t.co/IXuNiwGEbZ

Unfortunately, Williams’ US Open finish is hardly the first time — even this summer — that Williams’ behavior has been controversially policed by tennis officials. Just before the US Open started, Williams wrapped up play at the French Open. There, the athlete was told she would not be allowed to wear a stylish compression “catsuit” outfit that was designed for her, which the French Tennis Federation president implied was disrespectful of the sport when cracking down on the tournament’s dress code. The figure-hugging catsuit was designed to help prevent blood clots.