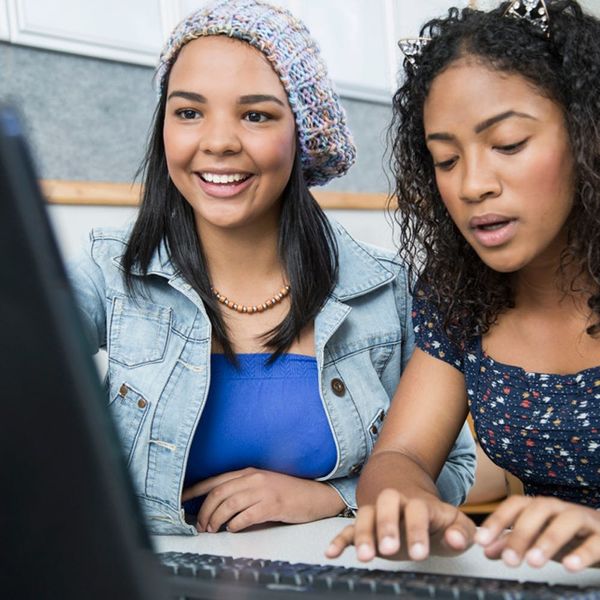 It is highly unusual for multiple-yearlong projects to be cut off from funding before they’re finished, Reveal reports.

At least two of the affected programs work specifically with Native American communities, where there is a particularly serious need for more research on rates of teen pregnancy. According to the Native American Teen Pregnancy Prevention Resource Center, there is little known about the sexual behaviors of Native American and Alaskan teens, but available research reveals that Native teens are more likely than other teens to have sex before the age of 16, and are less likely to use contraception.

Despite the need for increased research and care for Native teens, the Trump administration slashed federal funding from the Choctaw Nation’s teen pregnancy prevention programs in Oklahoma, and the Johns Hopkins University’s teen pregnancy programs with Apache teens in Arizona, according to Reveal.

Recent research has shown that teen pregnancy in the United States is in decline thanks to the growing prevalence of proper birth control use, according to a 2014 report from the Guttmacher Institute. Teens are also having less sex overall than in previous decades, with that rate especially lower among younger teens (ages 15 to 17).

While Guttmacher states in the 2014 report that it’s hard to identify all of the precise causes of these changes in teen sexual behavior, it’s clear that better and more comprehensive sex-ed programs, such as the ones the Trump admin just drained of federal funding, are a significant contributing factor.

More recent research from the Centers for Disease Control and Prevention (CDC) indicate that positive peer pressure is also behind the decrease in teen pregnancy. According to the CDC, fewer young teens are exposed to people their own age having babies, which then encourages other teens to avoid pregnancy.

However, in the absence of these programs, it’s possible that these trends may not continue, at least at the current rates. Guttmacher writes in its report that understanding these behaviors and identifying their causes is key to improving outreach and education to teenagers.

The decision to cut funding from teen pregnancy prevention programs also stands in direct contradiction to the Trump administration’s anti-abortion agenda. Kaylie Hanson Long, national communications director for NARAL, tells Brit + Co, “It defies belief that Trump, Pence, and their allies in Congress are trying to cut teen-pregnancy prevention programs. If they’re so opposed to abortion — which they remind us at every turn — then why wouldn’t we expand programs that protect young people from unplanned pregnancy?”

Slashed funds for these programs comes amid concerns from reproductive health and choice advocates and medical professionals regarding the GOP’s plan to repeal and replace Obamacare — under the current draft of the Better Care Reconciliation Act (BCRA), 22 million would lose their health insurance by 2026, which means millions of women could potentially lose access to affordable birth control.

What are your thoughts on the loss of federal funding for teen pregnancy prevention programs? Tell us on Twitter @BritandCo.

Elizabeth King
Elizabeth King is a politics, history, and culture writer based in the Twin Cities. She is generally pretty cranky but still enjoys traveling, music from the early 2000's, and plotting the resistance. Feel free to say hi on Twitter at @ekingc or check out some of her work at www.elizabethcking.com.
Birth Control
Womens Health
Birth Control Politics Pregnancy
More From Womens Health