Why These New Condoms Are Sparking an Important Conversation About Consent 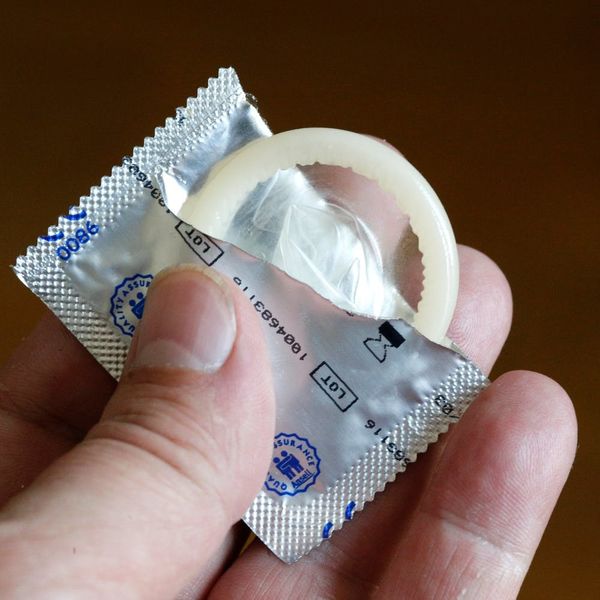 In April, news that a company had released new, so-called “consent condoms” drew heated internet backlash. The condoms in question, created by the Argentinian company Tulipán, are designed to require four hands to be opened, necessitating the full participation of two sexual partners. Many have pointed out that instead of keeping people safe, the condoms could have the opposite impact—potentially causing increases in unwanted pregnancies and STI rates—by complicating the process of accessing contraception.

But just as the condoms sparked controversy, they’ve also sparked critical conversation about the nuanced nature of consent. And they make for a necessary, overdue learning opportunity, especially for a nation like the US, where few states require accurate sex ed in public schools, and far fewer states require education about consent.

Prior to “consent condoms,” other products have yielded similar conversation about safety and consent in their efforts to simplify (and monetize) consent. For example, last year saw the launch of an app that gathered the signatures of both parties prior to a sexual encounter, supposedly as a means to defend men from rape accusations. Of course, this app missed the point that consent can be withdrawn at any time, including during a sexual encounter, and that consent should be clear, obvious, and verbalized, to the extent that a rigid, written contract would be wholly unnecessary.

Intentionally or not, these products imply that consent can be expressed without enthusiastic, affirmative, verbal conversation. Neither condoms nor app account for situations in which consent is coerced and not freely given, or in which one person may withdraw their consent later on.

By representing consent as embodied by the joint opening of condoms or signing off on an app-based contract, these products gloss over several key conditions to consent. And as a result, they may only reinforce cultural confusion about consent that could put women at greater risk of sexual violence.

Ironically, consent condoms have fostered a learning opportunity. By showing how much remains to be understood about the nuances of consent, they’ve led to an expanded dialogue on the internet.

The conversation about sexual violence and consent is constantly evolving — and often involves collectively learning from previous mistakes about what works and what doesn’t, or harmful messages elicited by some approaches. The earliest campaigns against rape and sexual violence often involved calls for women to take self-defense classes, or otherwise protect themselves by how they dressed or by not walking alone at night. Similar to today’s modern products meant to “streamline” and simplify consent, such as consent condoms and digital apps, these approaches ultimately sent the message that sexual violence can be blamed on factors other than an assailant’s choice to be violent.

Each of these approaches to addressing endemic sexual violence may be flawed, despite seeming to stem from well-meaning intentions. But each — certainly including “consent condoms” — has led to important, nuanced, and educational dialogues about consent that we otherwise may not have had. As we continue to fight ignorance about and dangerous oversimplifications of consent, these conversations are critical to moving us forward and promoting safety and awareness.

Kylie Cheung
Kylie Cheung writes about women's rights, reproductive justice, and national politics. Connect with her on Twitter @kylietcheung, or learn more about her work at www.kyliecheung.tumblr.com
Womens Health
More From Womens Health